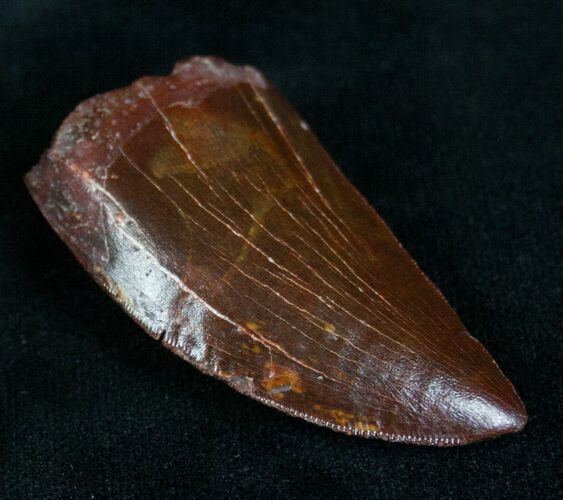 This is a gorgeous tooth of the massive theropod dinosaur Carcharodontosaurus saharicus, which often gets compared to T-Rex. Very few Carcharodontosaurus have this quality of preservation, with nearly flawless, dark reddish-brown enamel, fine serrations on both edges and a tip with almost no wear. Killer tooth from a killer dinosaur. No restoration or repair. 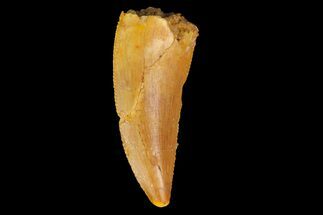