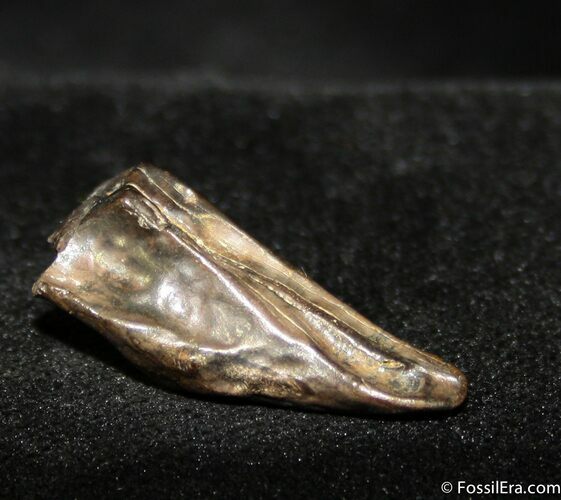 This tooth is just over an inch in length and displays a polished upper surface indicative of a lot of use grinding up food.