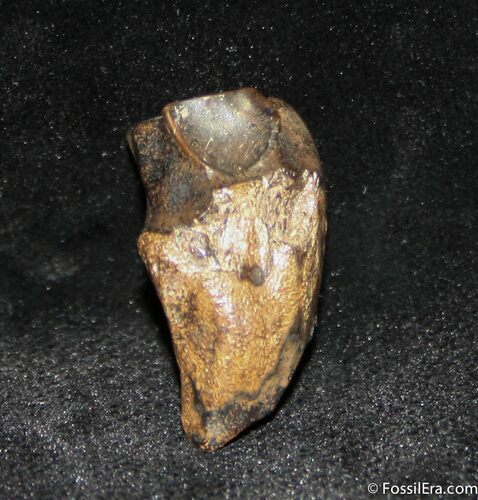 This is a .91 inch long tooth from one of the most recognizable of the dinosaurs Triceratops horridus. It is Cretaceous in age (66 million years) old and comes from the Hell Creek Formation of Montana. Triceratops had a massive battery of teeth in their mouth for chewing the rough vegetation that made up their diet