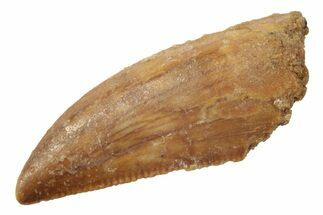 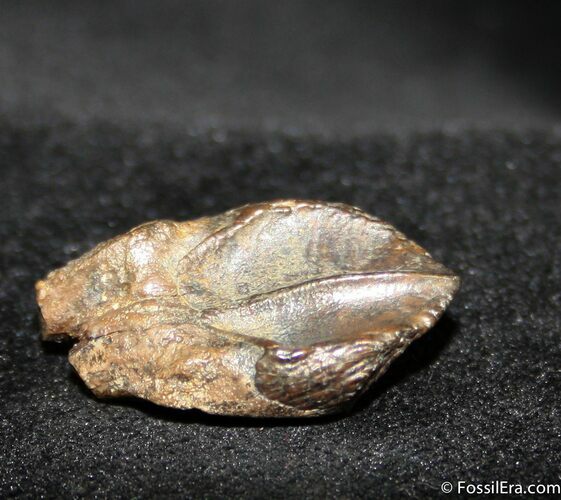 Here's a relatively unworn Triceratops tooth from the Hell Creek Formation of Montana. It is Cretaceous in age, approximately 66 million years old and collected from a private ranch. Triceratops had a massive battery of teeth in their mouth for chewing the rough vegetation that made up their diet. This particular tooth is .79 inches in length.