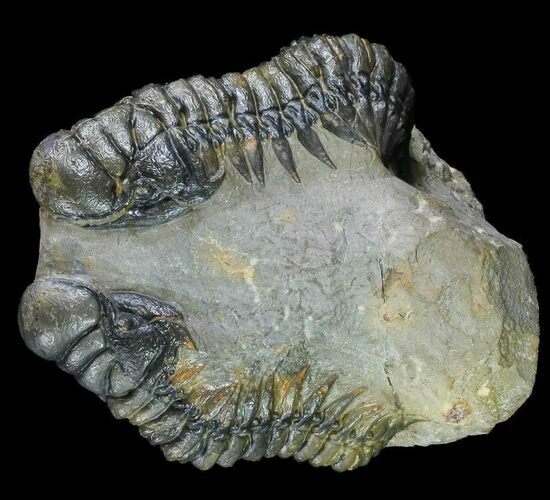 This is a pair of naturally associated Crotalocephalina gibbus trilobites from Atchana, Morocco. Each one is just over 3" long and they have beautiful shell preservation and preparation. There is some minor shell restoration on the front of the head of one of them.