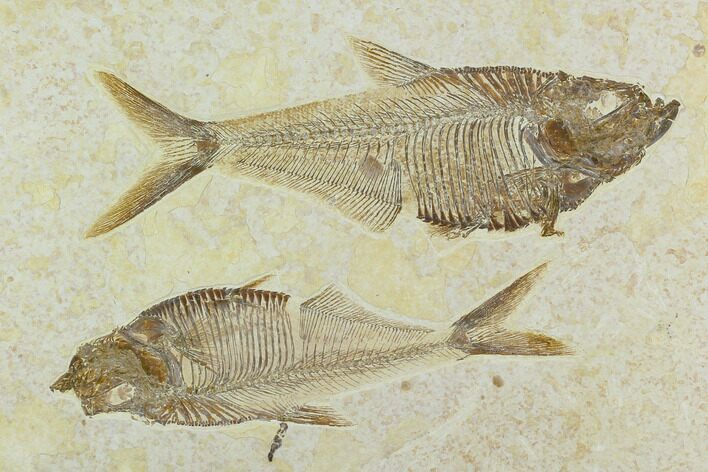 This is two fossil fish (Diplomystus) from the Green River Formation, near Kemmerer, Wyoming. This amazing specimen is two incredibly well preserved Diplomystus. The largest is 5.9". This specimen shows incredible detail in the fin rays and bones. The dark spot in the center of the largest fish is an unrelated scale that this fish came to rest on top of.