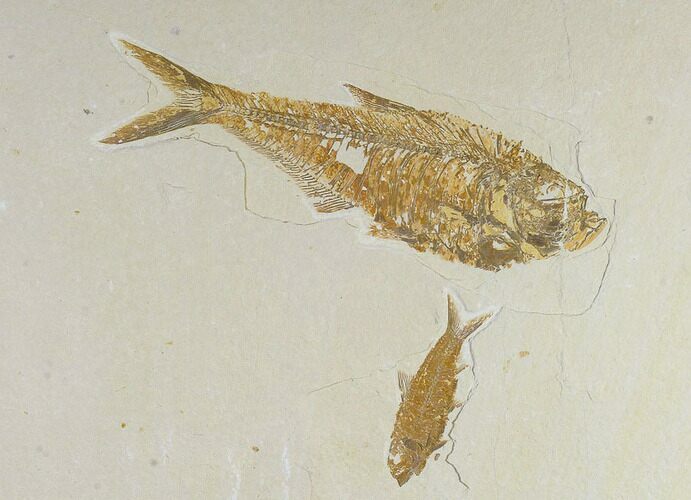 This two fossil fish from the Eocene aged Green River Formation of Wyoming, a 7.8" Diplomystus and a 2.9" knightia. Both the Knightia and Diplomystus show bones and fin rays.