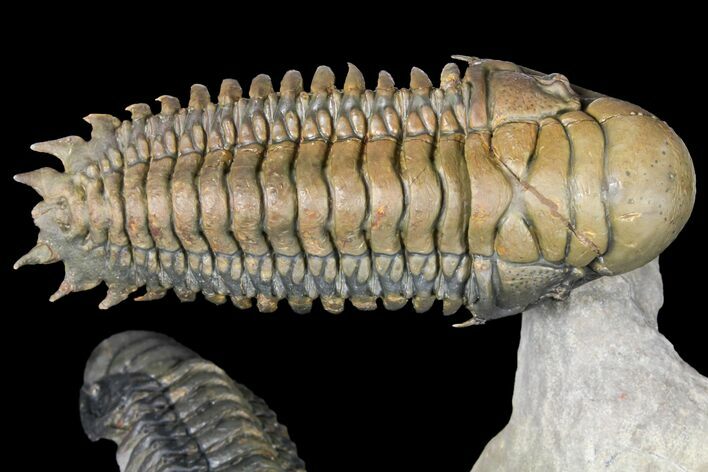 This is one of those trilobite specimens that makes you say, "wow they really do look like little aliens". It's a pair of fantastically prepared Crotalocephalina gibbus trilobites from Atchana, Morocco. What makes this particular specimen so special is they have been prepared in a "flying" pose by removing most of the rock from underneath creating a natural sculpture. The larger prone specimen is 4" long which i pretty much maximum size for the species. 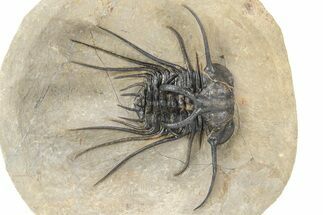