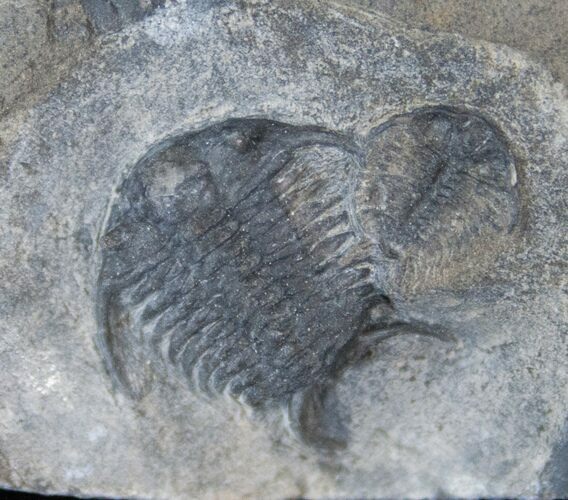 This is a double Ceraurus pleurexanthemus specimen from the famous Walcott-Rust quarry in NY. The Ceraurus layer in the quarry has been completely unproductive the past two digging seasons. In fact the quarry was not even dug this year. So, there are very few of these trilobites are being found now. This pieces has two small specimens, the larger being .72" long.