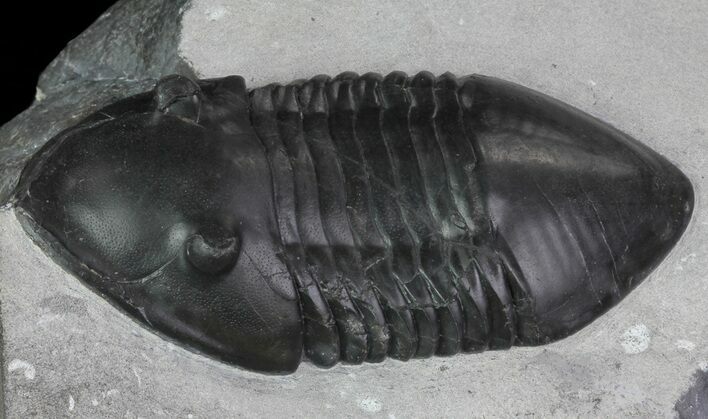 This very 3D trilobite literally looks like it is trying to crawl off the rock. It's very inflated Isotelus gigas from the famous Walcott-Rust Quarry in New York. This species can be found other locations in New York and in Canada but the ones from this quarry are unparalleled in the level of preservation. Unfortunately the layer that produces them has been unproductive for the past several collecting seasons.

The specimen is 3.6" long which is extremely large, for the layer in the quarry that it comes from where they average under 2". There is some shell restoration along repaired cracks and then on the right check which was right on the edge of the rock.