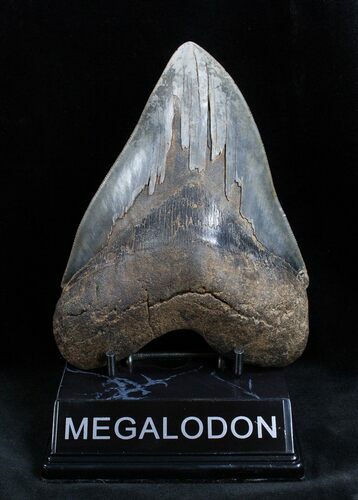 Here is a highly serrated, and large Megalodon tooth from the Little Satilla River in Georgia. While there are some enamel peels on the front of the blade the backside enamel is great. It' is a very large tooth at just under 5 1/2 inches long, with a massive root and it displays well on the included stand. There is no restoration or repair on this tooth.