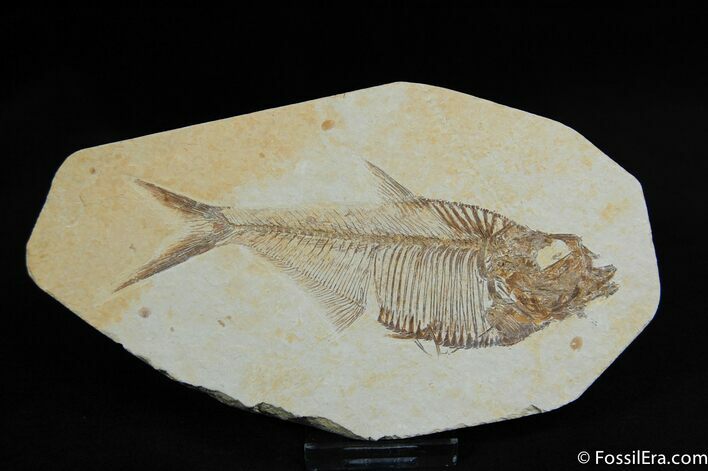 Here is a nicely preserved 4.7 inch Diplomystus dentatus from the split fish layers of the Warfield quarry near Kemmerer, Wyoming. This fossil herring is complete and preserves fine detail.The brown color of the fish contrasts nicely with the cream-colored matrix it is centered on.