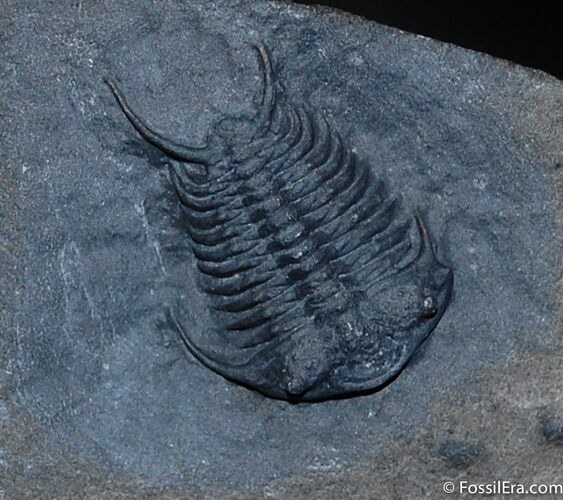 Here is a beautiful Ceraurus pleurexanthemus from the historic Walcott-Rust Quarry of New York. It is .71 inches long and exhibits some interesting pathologies on the left free cheek and genal spine. It's very well prepped and displays nicely on a nice piece of limestone matrix. This came from the "ceraurus layer" at the very base of the quarry. The quarry has now been worked back into the hillside to where this layer is no longer weathered enough to produce many trilobites. It's unclear if this this layer will be productive in future seasons.

The last photo shows this trilobite before preparation.