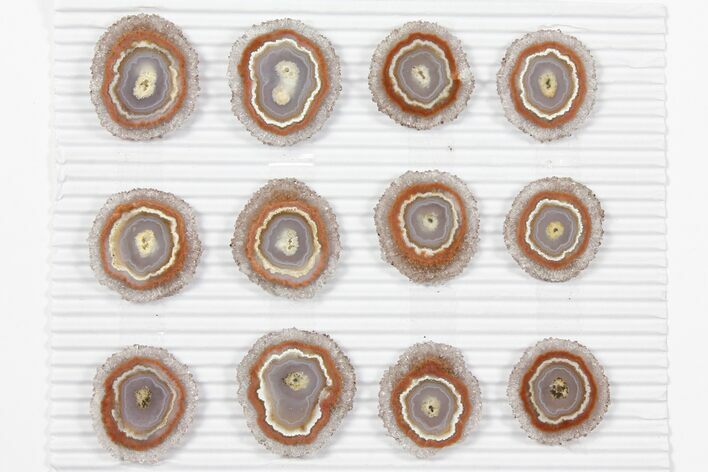 This is a wholesale lot of colorful polished quartz "stalactite" slices mined near Artigas, Uruguay. There are 12 pieces in this lot; they average 1" wide and are around .2" thick. You will receive the exact lot pictured.

At the listed wholesale price, each slice is $13.50 and can easily retail for much more. 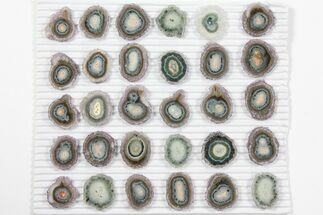 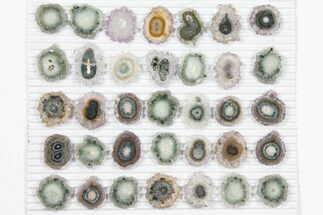 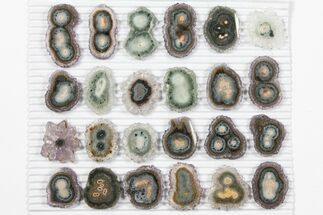 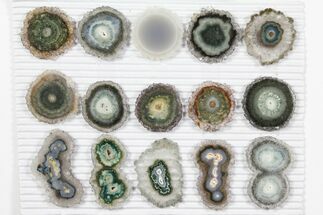 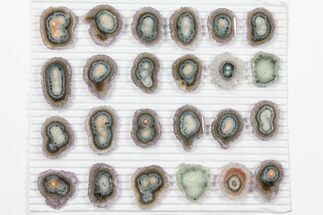 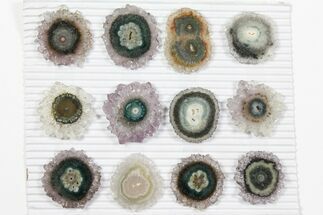 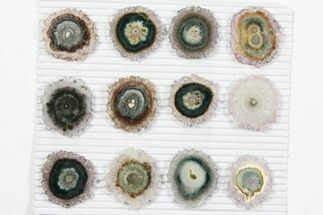 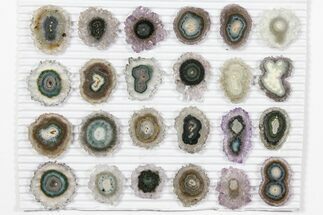 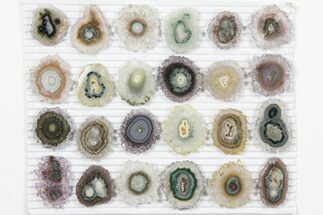