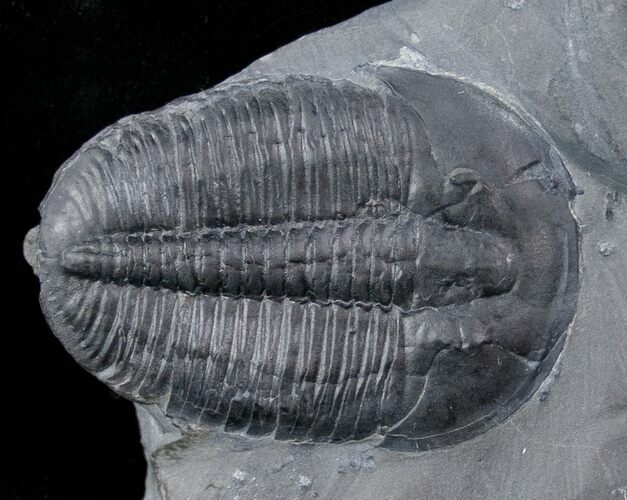 This is a huge Elrathia kingii trilobite from the 505 million year old Wheeler Shale of Utah. At 1.61" long this specimen is very large for the species, certainly in the top 1% size wise. It also has outstanding preservation with both cheeks tightly attached and nicely presented on a piece of shale. 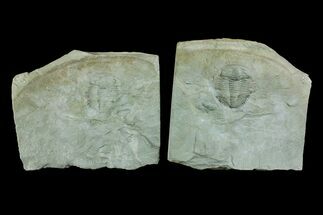