This is a radius bone of a Late Pleistocene Woolly Rhino, Coelodonta antiquitatis. The radius was located in the front legs of the animal and together with the ulna assured that the animal could turn its feet. 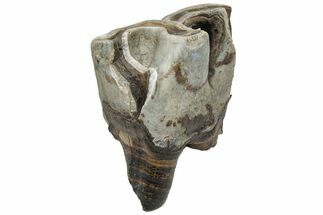