FOSSILERA
MINERALS
FOSSILS FOR SALE
NEW
CRYSTALS
ABOUT
Minerals & Crystals
Quartz Crystals
Pakimer Diamonds
Pakimer diamonds aren't diamonds at all, but instead are quartz crystals that were collected from Pakistan. The name is a derivative of "Herkimer diamonds" which were originally described from Herkimer, New York. They resemble Herkimer diamonds in that many are double terminated and beautifully clear, however Pakimer diamonds have their own appealing characteristics. Many Pakimer diamonds contain black inclusions which are said to be carbon, as well as fluorescent petroleum oil inclusions.
Try the parent category 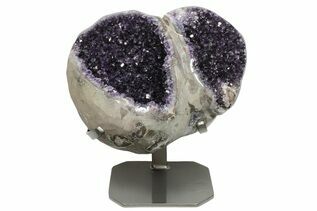 Our Black Friday Sale Has Started!
Our biggest sale of the year has just begun. All items sitewide are discounted 5-25%. We will be adding over 1,000 of new fossil, mineral and crystal listings throughout the week, as well as running some special discounts. So, be sure to check back often.