Peridot, sometimes also known as chrysolite, is the gem-quality, olive-green variety of the mineral olivine. It is one of only two gems observed to be formed not in the Earth’s crust, but in molten rock of the upper mantle. While olivine is abundant, gemmy peridot is rare to find on Earth's surface as it is susceptible to weathering during transportation from deep within the mantle to the surface. The largest source of peridot in the is the San Carlos Apache Indian Reservation in Arizona, but some of the highest quality, gem grade material comes from Pakistan and Myanmar. It is also commonly found in some types of meteorites. Peridot is the birthstone for the month of August and has frequently been confused for emerald in the past.
21 Items ($25 to $695) 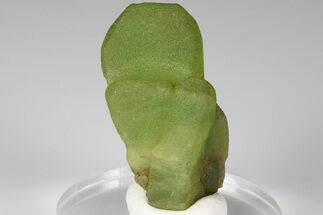 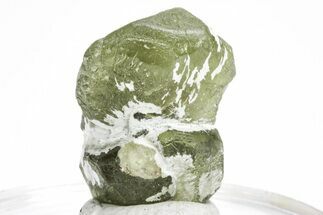 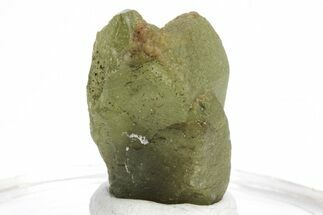 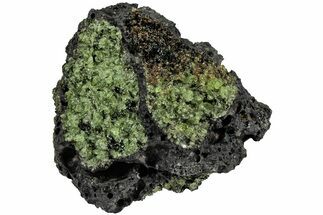 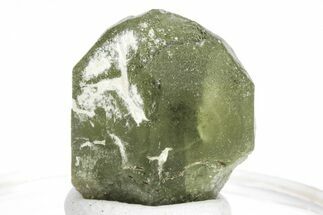 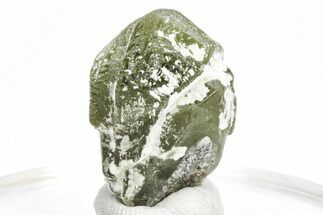 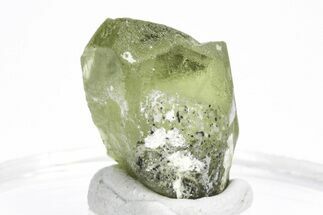 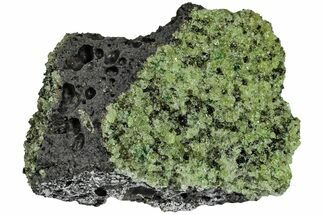 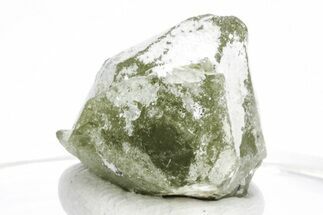 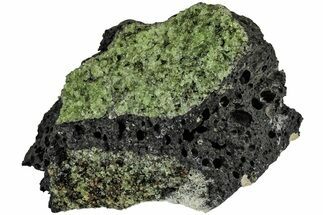 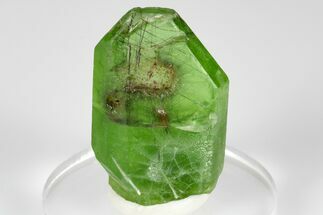 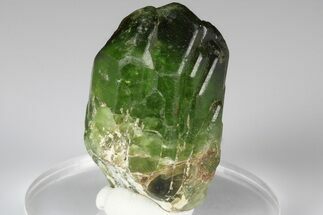 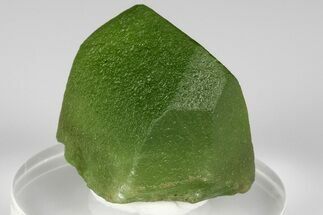 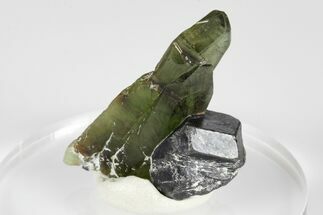 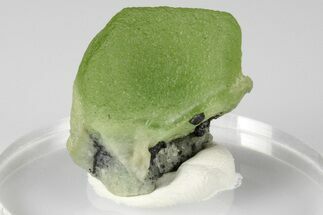 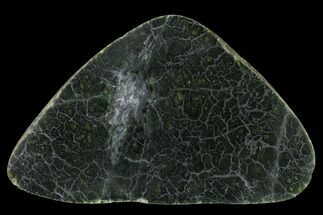 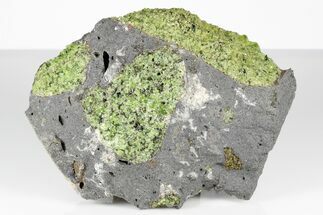 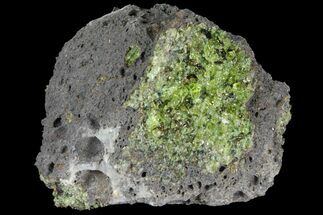 Peridot is the gem variety of the magnesium iron silicate mineral series, olivine. While always green, depending on the amount of magnesium present during formation the intensity of color can vary widely. Stubby, orthorhombic, peridot crystals range in color from yellow to olive, and brownish green depending on the amount of iron present during formation. A general rule of thumb: the more iron, the darker the green. Deep, olive green colored peridot gems with bright, yellow translucency drives collectors wild. This gem has always been a prominent feature of jewelry well into ancient times where peridot adorned Egyptian jewelry and the daggers of crusaders. People born in August should consider themselves lucky to have peridot as their birthstone; the flashy green mineral makes an excellent display piece and is fun to show off.

How Does Peridot Form?

Only two minerals are known to form in the earth’s upper mantle, and peridot is one of them. Within the mantle peridot forms in mafic and ultramafic igneous rocks, like basalt, and is moved to the surface by volcanic activity. Peridot has also been observed in pallasite meteorites and volcanic bombs, though this material is very small and not of gem-quality.

Where Is Peridot Found?

The first known peridot mine was on Egypt's island of St. John in the Red Sea. This island was claimed by ancient Egyptians who forced the native population to mine peridot for the pharaohs. For a long time, this was the primary locality of olivine until the mine was completely exhausted. Currently, the bulk of the world’s peridot supply is mined in
Arizona, but the finest specimens hail from Pakistan, China, and Myanmar. These mines produce the highly prized dark-green specimens that collectors strive for. Pakistan is responsible for specimens that are extremely large and almost completely flawless. A mine in Pakistan has produced some truly humongous specimens, the largest weighing 300 carats!

Olivine can be found associated with minerals such as, chromite, pyrope garnets, magnetite, serpentine, and feldspars. However, given peridot’s location of formation, it most often appears by itself on a basalt matrix. Occasionally, peridot will have garnet or trace silicate mineral inclusions.