Charoite is a rare, translucent lavender to purple mineral that is strictly massive (it does not form individual crystals) in nature. It is found in only one single area in the Sakha Republic in Siberia. The stone has an unusual swirling, fibrous appearance and is sometimes chatoyant (cat’s eye effect). It’s appearance along with its rich, purple coloration, has led many to falsely assume that it is synthetic. In its rough form it’s fairly unattractive, and it’s beauty isn’t apparent until the stone is polished.
About Charoite
Polished (42)
Pendants (11)
Cabochons (8)
Spheres (11)
Tumbled Stones (2)
69 Items ($6 to $295) 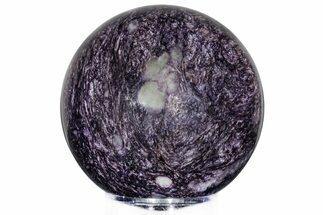 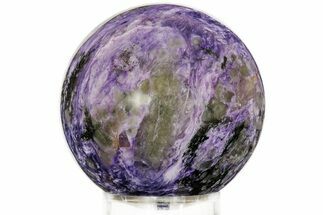 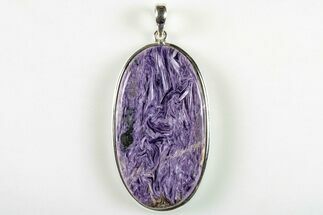 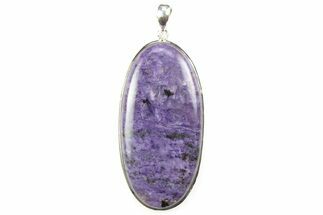 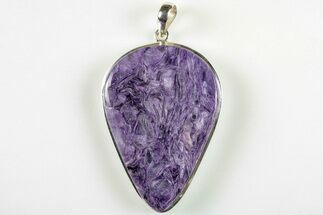 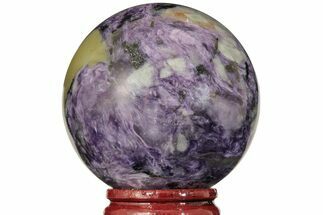 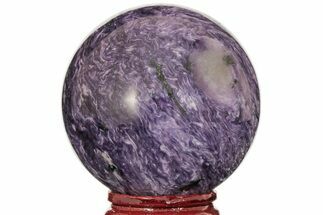 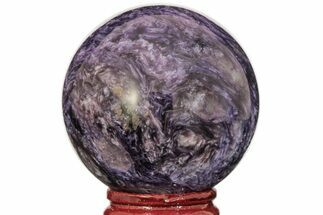 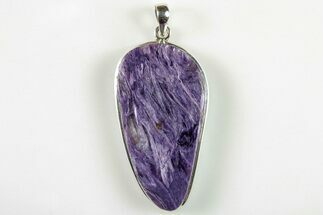 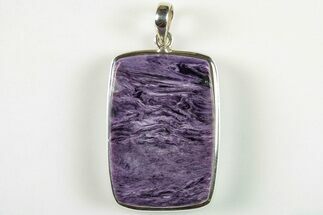 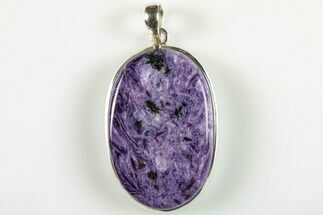 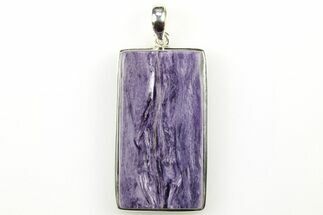 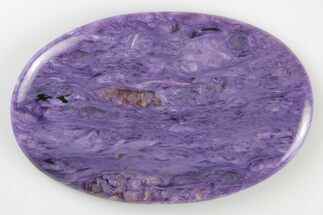 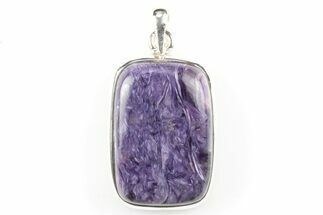 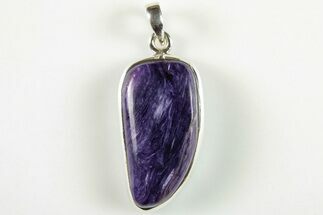 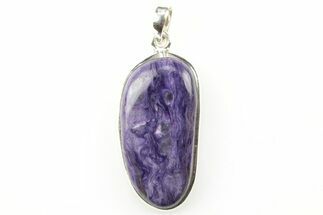 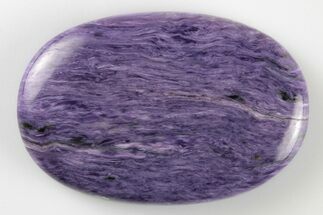 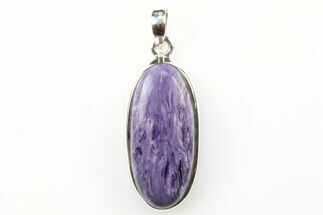 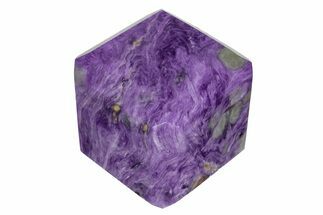 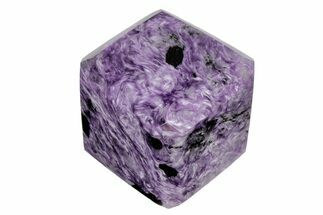 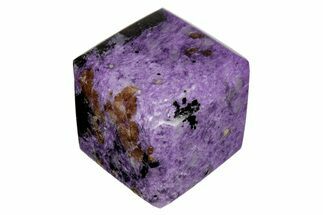 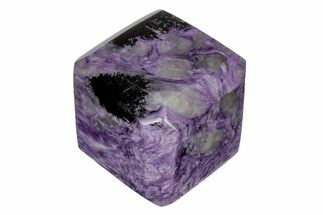 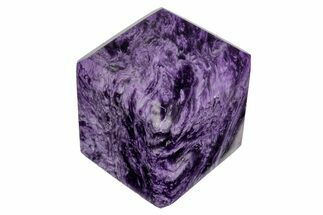 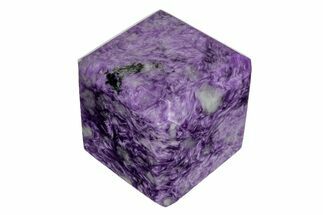 Because charoite is a mix of rare minerals it is very hard to pin down the exact chemical composition of the mineral. Different areas of collection account for differing associations of the many included minerals, thus giving rise to slightly differing chemical formulas. In addition, there haven’t been any pure charoite crystals collected, so a true composition can’t be accurately obtained. However, we do know Charoite is a rare silicate that is very rich in potassium. Charoite occurs only in a few locations in Siberia at the Muranski Massif which sits at the confluence of the Chara and Tokko Rivers. The presence of charoite is considerably newer in the geological world, when it was officially recognized in 1978, adding additional rarity. In its raw form it is rather unimpressive, despite its fibrous, lavender color. Once polished, the many inclusions (often Aegrine, Tinaksite, or Fedorite) become apparent, adding to the swirls and patterning that make these specimens so attractive to collectors.

There is a whole heap of misinformation around the exact time of charoite’s discovery. Sources are all over the place, though the most reliable all point to an early discovery in late 1959 by a young Russian geologist sent deep into the Muranski Massif on assignment from his employers. While he did not officially state charoite to be a new mineral he did point the following exploratory team to the presence of a mysterious, lilac-colored stone. The following, larger expedition just happened to be interested in a yellow mineral that formed in close association with charoite, tinaksite. In their rush to publish findings on tinaksite, charoite was temporarily mentioned as canasite, which is a related mineral but not quite charoite. The tinaksite paper prompted further research on charoite and after a few years charoite was classified and named in a 1976 paper and announced to the world in 1978.

Many other stories are in circulation regarding the discovery of charoite, including a myth that it was found during the construction of a railway tunnel in the 1940’s. There are also some wildly far-fetched theories regarding the Russian government paying foreign debts with charoite. This claim is nearly impossible, considering the relatively small size of the biggest charoite deposit and the extreme difficulty involved in getting large-scale mining equipment to the site of the deposit. Additionally, since its discovery in the late 1950’s and until it’s recognition in the late 1970’s, many believed that charoite was fake and lacking any value.

There are several reasons for charoite’s scarcity on the gemstone market. Mining of charoite is very difficult as explosives can’t be used without damaging the stone and the remote location of the deposits limits the use of heavy machinery in mining. The source is situated nearly a mile above sea level and located over 600 miles from any proper roads. While it’s estimated there are many thousands of tons of this beautiful stone in the ground, the Sakha Republic has put a limit on the amount that can be mined at just 100 tons per year, in the hope that this not only ensures a long production life for the mine, but also keeps demand strong and value high. This supply constraint along with demand has led to fake “charoite” flooding the market as well as more common stones like purple, Chinese fluorite to be sold as charoite.

Where Does Charoite Get Its Name?

There is some dispute over where this stunning mineral gets its name. Many sources believe it to be named after the Chara River that flows near the Charoite formation in Russia's Aldan Shield. Others speculate that this mineral derives its name from the Russian word “chary,” which translates to, “charms'' or “magic.” Either way, both namesakes add to the mystifying nature of the patterns and swirls that appear within the mineral. Technically, charotite is the name assigned to rock that contains many alkaline calcium silicate minerals in association with large amounts of charoite, but because of the abundance of the charoite, the rock is most commonly referred to as charoite. This association and the lack of crystallization in charoite rock allow for the variety of interesting patterns that present in polished stones. 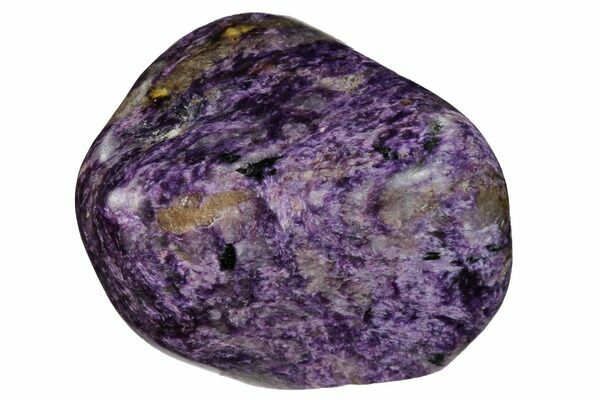 What Are The Black Spots In Charoite?

The black areas present on almost all pieces of charoite are Aegirine, a sodium iron silicate mineral commonly formed in the alkali-rich volcanic rock. Large dark green spots may be feldspar. Less commonly charoite may contain lighter color or translucent areas which are often Canasite, or yellowish-brown areas which can be crystals of Tinaksite.

How Does Charoite Form?

Charoite is formed when syenite-rich mineral fluids encounter and seep into dolomite formations by way of hydrothermal metasomatism. The charoite cools around the highly clastic dolomite and creates highly complex chemical structures that are often wildly impure and mixed with a variety of microscopic particulates.

Charoite produces very weak gamma radiation due to because it contains 10.69% potassium, the same element that makes bananas radioactive. The gamma radiation of Charoite has been measured to be 10.69 Grapi (Gamma Ray American Petroleum Institute Units) which puts it in the barely detectable range, and WAY below being even the slightest health concern. For comparison limestone has a similar Grapi of 10 to 50, most sand ranges from 30 to 80 and most clays are in the 100 to 200 range.

There are some minerals commonly associated with Charoite such as Tinaksite which do produce some slightly higher levels of radiation. Tinaksite is a yellowish-brown color and I haven’t seen it in the charoite pieces we have sold. It still only exhibits a Grapi on 148 which still registers are barely detectable and wouldn’t be any cause for health concern. 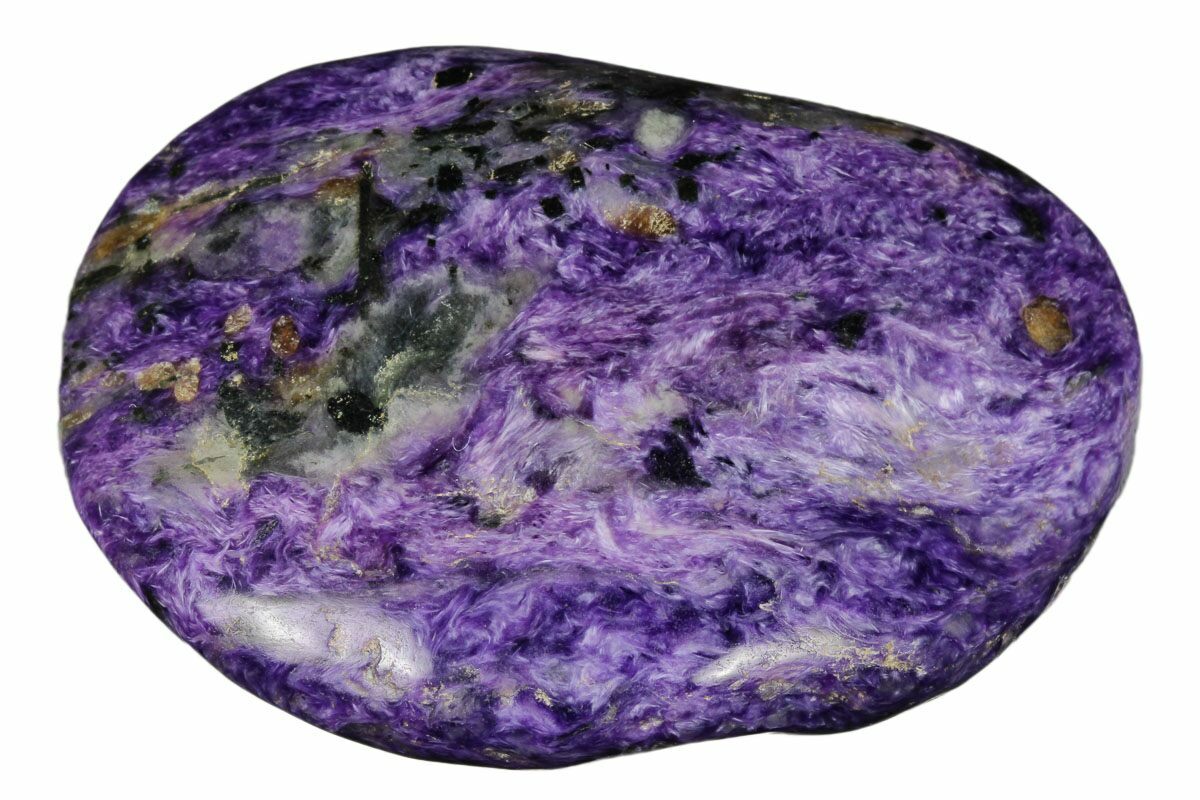 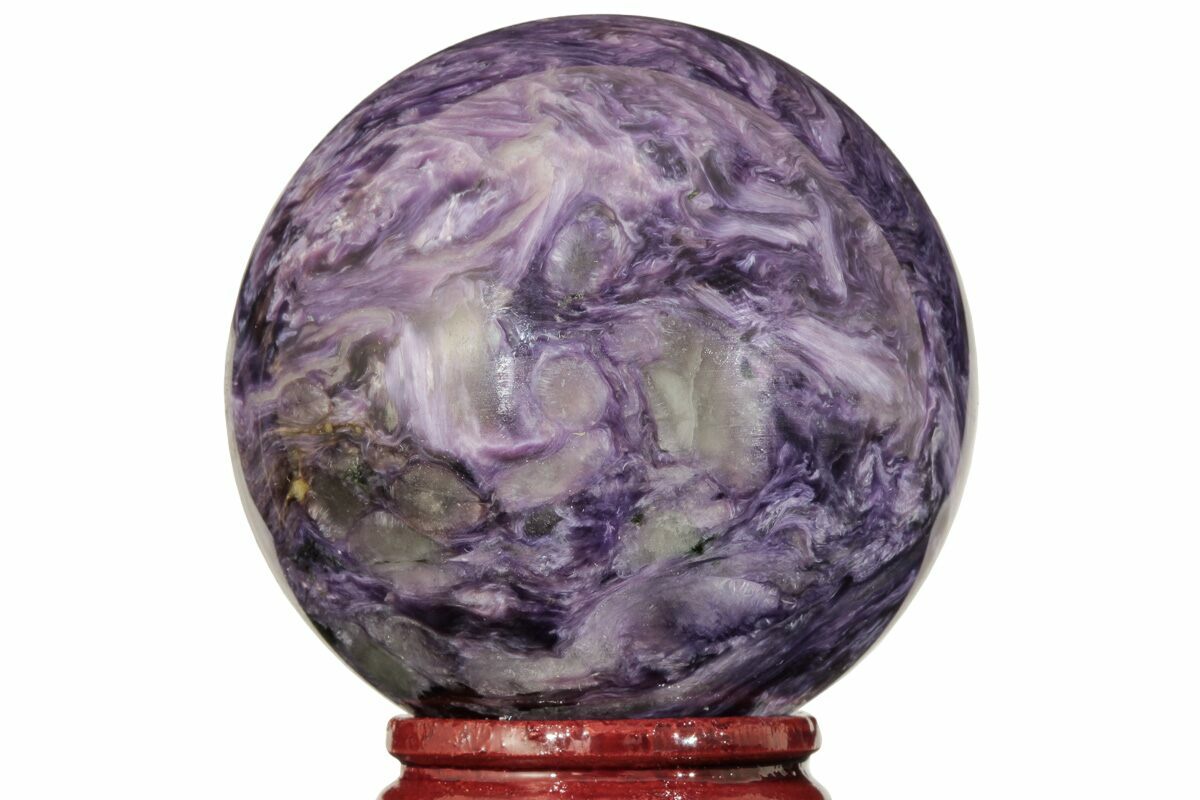 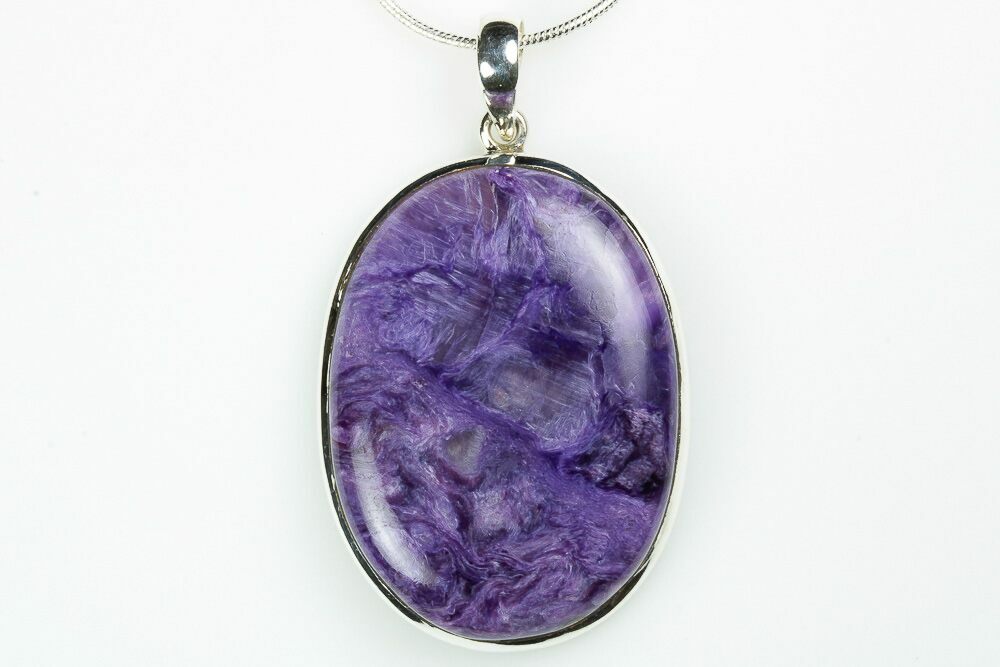