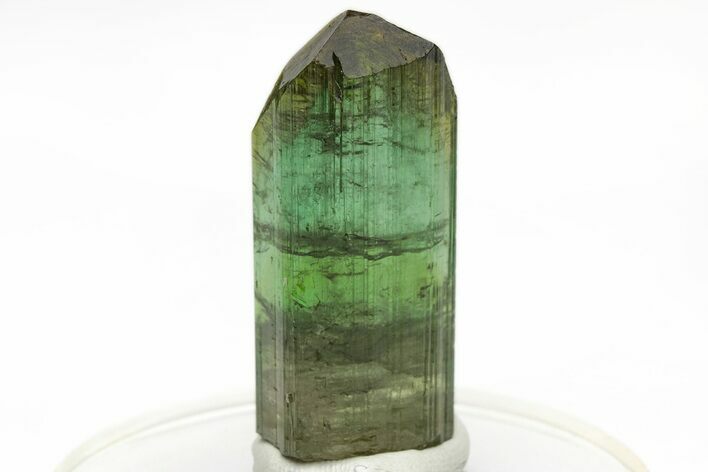 This is a lustrous, 1.41" long, elbaite tourmaline crystal that was collected from the Cruzeiro Mine in Minas Gerais, Brazil. The crystal bears a deep-green coloration throughout the majority of the crystal, with some blue-green color through the middle. 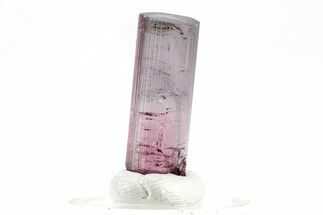 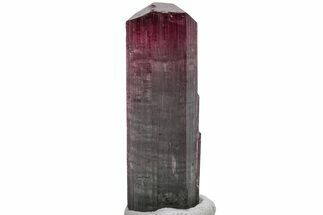 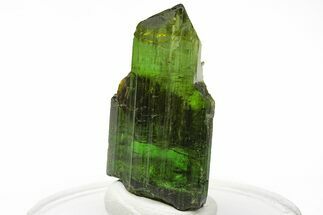 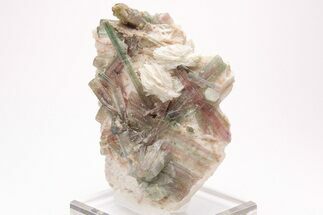