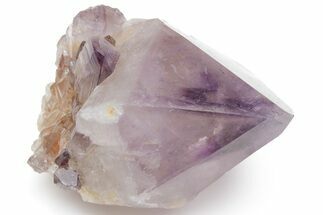 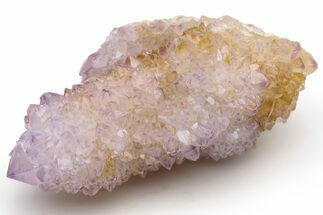 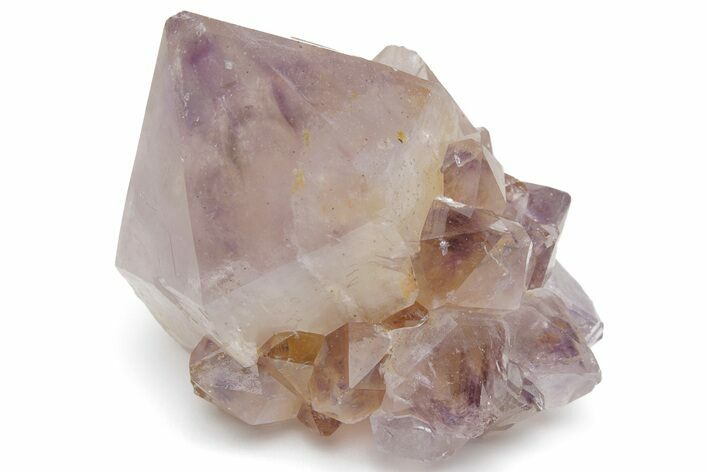 This is a dark purple cactus quartz (amethyst) crystal from South Africa. A smaller sized cluster of crystals can be seen at the base of the termination of the relatively large crystal point. The orange coloration is attributed to iron oxidation.

Cactus quartz, often also referred to as spirit quartz, is a variety of quartz characterized by second-generation druzy crystals growing on the faces of larger quartz crystals. The small second-generation crystals point away from the prism and their orientation is not related to the crystallographic orientation of the central crystal. Cactus quartz is currently only known from the Magaliesberg Mountains region of South Africa, and comes in a variety of shades ranging from white to deep purple to orange colorations. The deep purple amethyst points are the rarest and most coveted by collectors.
View All Mineral Specimens
SOLD
DETAILS
SPECIES
Quartz var Amethyst
LOCATION
Boekenhouthoek area, Mpumalanga Province, South Africa
SIZE
1.5" long, 1.5" wide
CATEGORY
Quartz Crystals
SUB CATEGORY
Amethyst Geodes & Crystals
ITEM
#220005
SHIPPING
Shipping & Return Policy info. 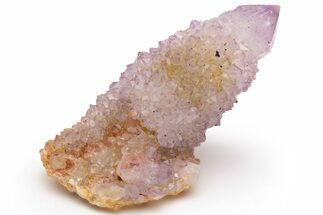 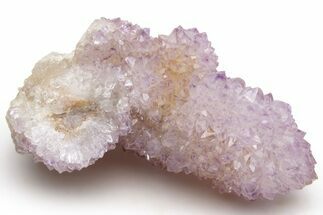 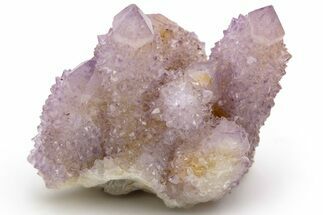 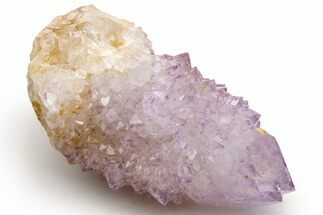 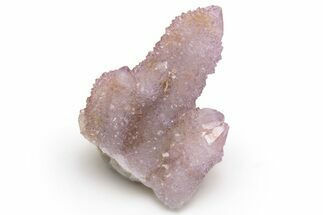 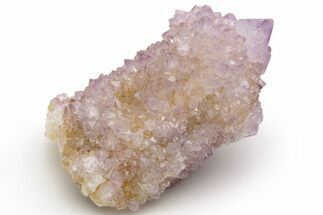 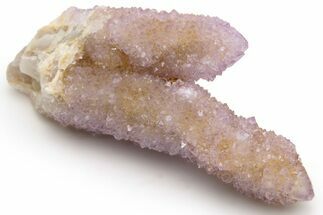 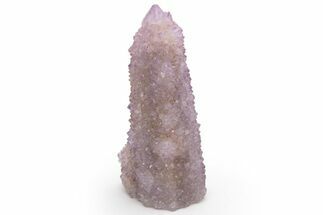 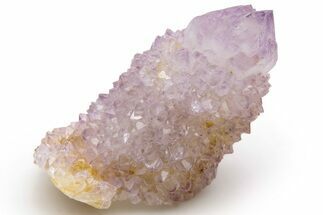