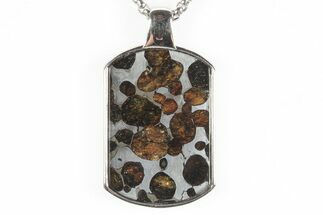 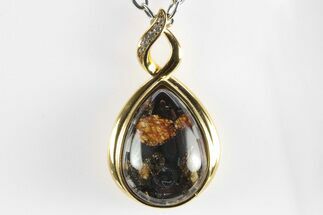 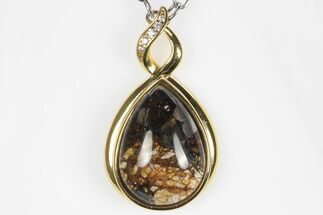 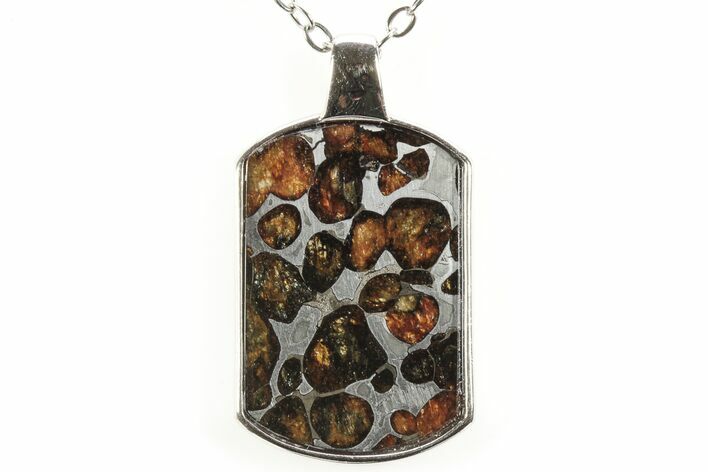 This is a 1.7" tall Sericho pallasite meteorite pendant with a 1.3" tall piece of polished meteorite. These meteorites fragments found near the village of Habaswein had been known about for decades by camel herders, however they were disregarded until two brothers who were searching for their camels, stumbled upon them. Weeks of excavating ensued following their discovery. This fall site has produced over 2800 kg of the Sericho meteorite since 2016.

The meteorite is covered by a clear epoxy resin and has been set in a "dog tag" shaped, 925 silver frame. It is accompanied by a 21.5" long, silver-metallic chain necklace. 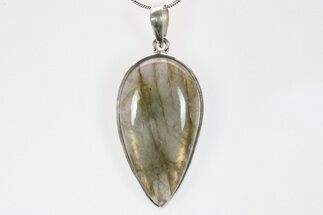 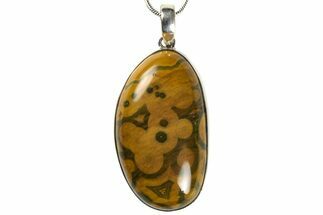 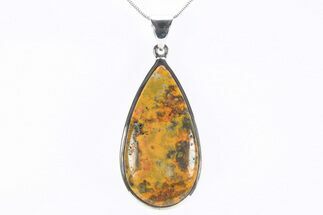 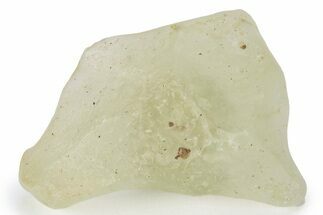 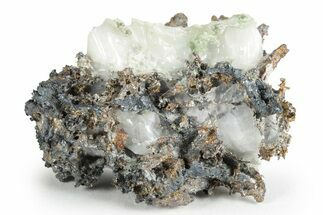 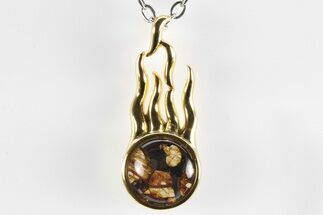 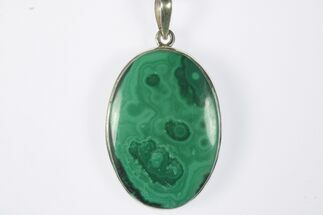 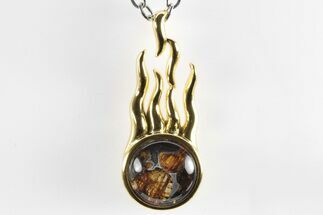