2.1" Gemmy Dioptase and Mimetite on Dolomite - N'tola Mine, Congo 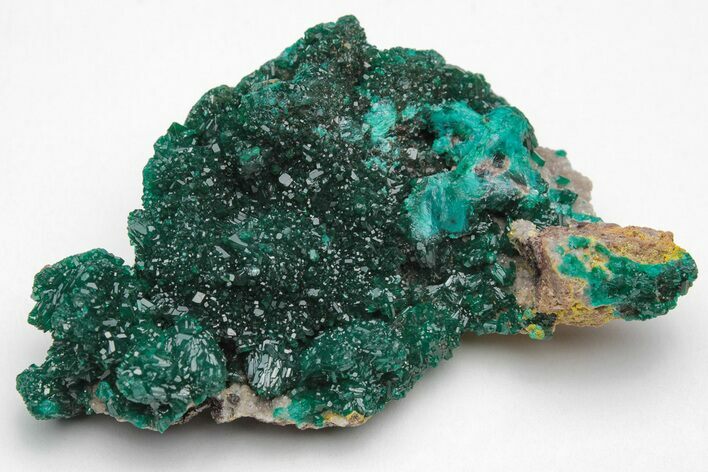 This is a very nice association of dioptase crystals and mimetite from the N'tola Mine of the Republic of the Congo. The entire specimen is 2.1" wide. The dioptase crystals have a saturated, dark emerald-green color while the mimetite is vibrant orange in color and is primarily found along what could be considered the back side of the specimen. The mimetite and dioptase crystals formed from a dolomite encrusted matrix. 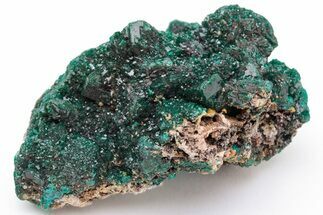 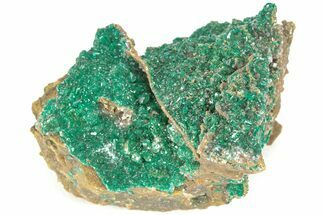