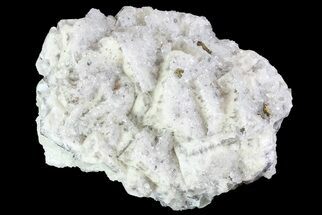 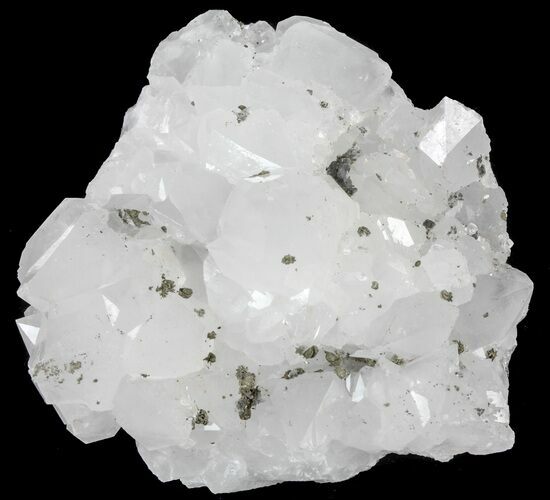 This specimen contains an aggregation of quartz crystals with pyrite micro-crystals, including a very small amount of green fluorite on what could be considered the bottom side of this specimen. The pyrite is located in various locations on top and beneath the quartz crystals. This mineral association was collected from El Hammam, Morocco.

Fluorite is a halide mineral comprised of calcium and fluorine, CaF2. The word fluorite is from the Latin fluo-, which means "to flow". In 1852 fluorite gave its name to the phenomenon known as fluorescence, or the property of fluorite to glow a different color depending upon the bandwidth of the ultraviolet light it is exposed to. Fluorite occurs commonly in cubic, octahedral and dodecahedral crystals in many different colors. These colors range from colorless and completely transparent to yellow, green, blue, purple, pink or black. Purples and greens tend to be the most common colors seen.
SOLD
DETAILS
SPECIES
Quartz & Pyrite
LOCATION
El Hammam, Morocco
SIZE
2.2" wide
CATEGORY
Quartz Crystals
ITEM
#61411
SHIPPING
Shipping & Return Policy info. 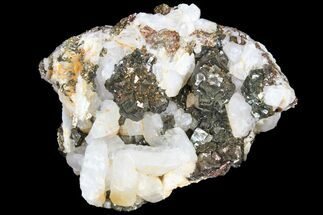 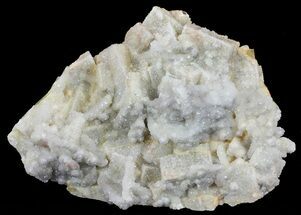 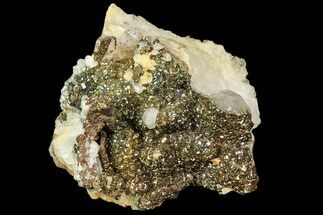 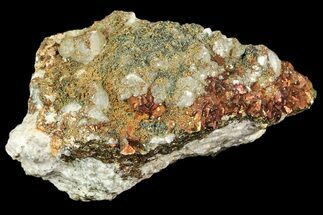 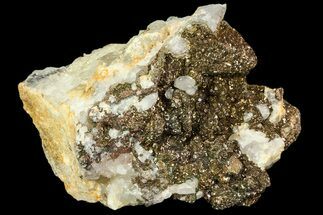 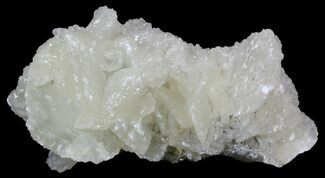 4" Calcite, Pyrite and Quartz Association - Morocco
$12 $10
Our Black Friday Sale Has Begun!
Up To 30% Off Of All Items Sitewide
With Black Friday falling a week later on the calendar this year, we have decided to start our sale earlier. From now through Cyber Monday (Nov 30th) everything on our website is on sale. Be sure to check back often as hundreds to new listings will be added throughout the week.