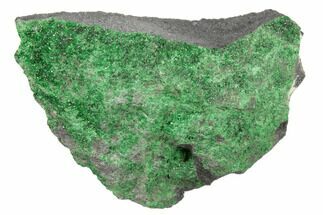 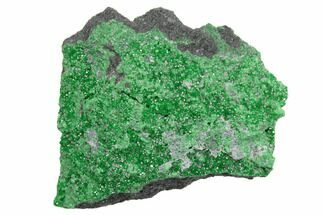 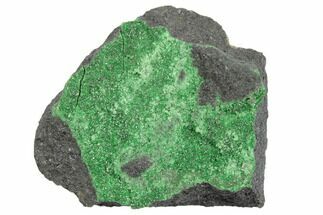 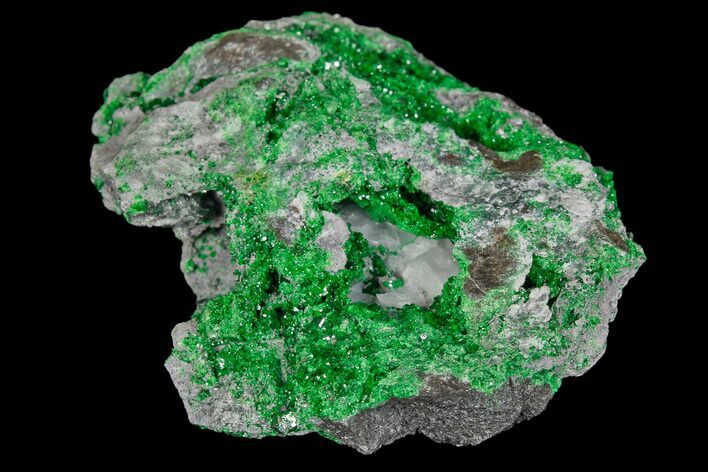 This is a beautiful, 2.3" wide specimen of emerald green, druzy uvarovite garnets from Russia. 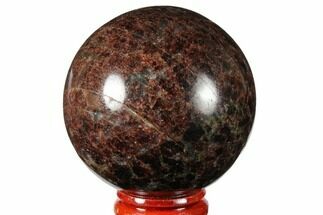 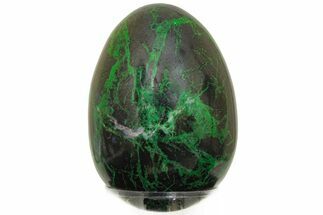 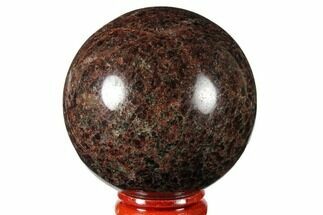 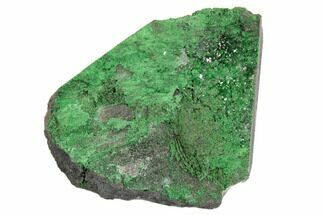 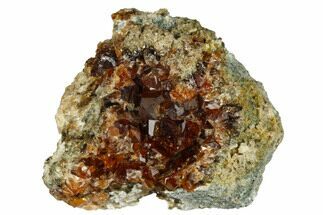 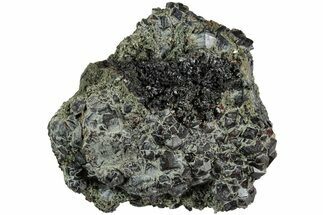 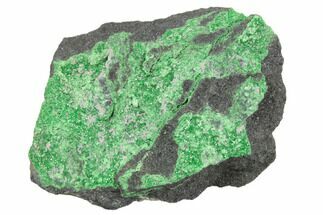 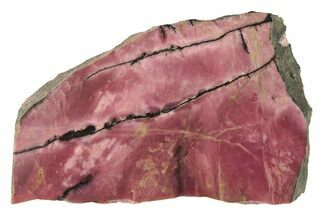