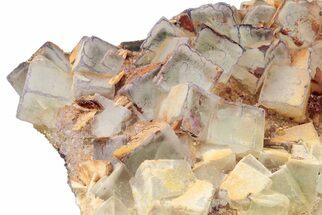 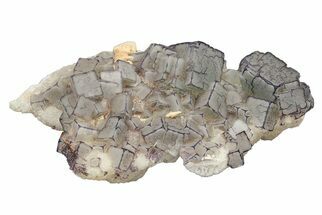 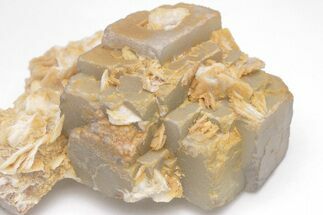 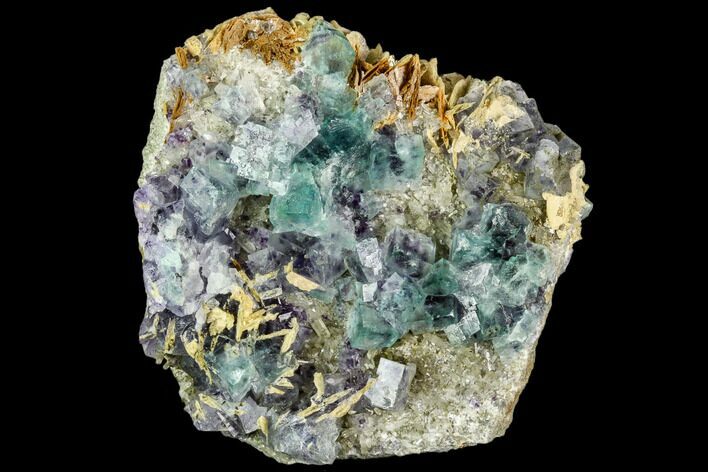 This is a nice association of purple and green cubic fluorite crystals and orange bladed barite on a bed of quartz. It was collected from China and comes with an acrylic display stand. 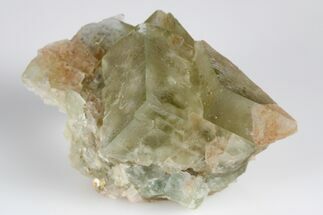 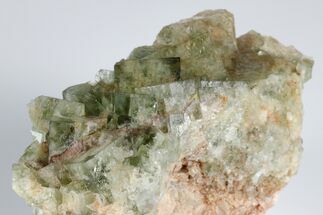 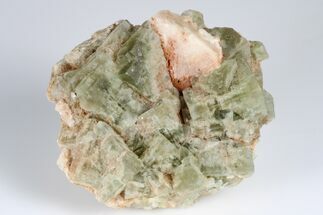 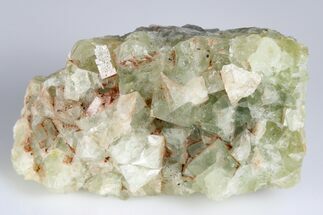