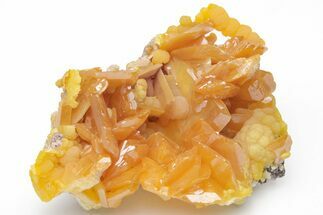 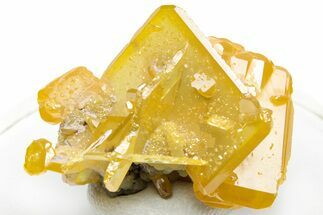 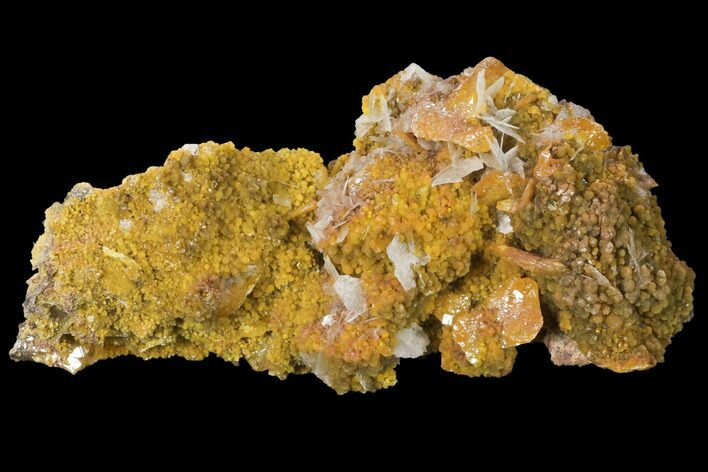 This specimen contains yellow-orange wulfenite crystals that formed in associaiton with barite and mimetite. This specimen was collected from the San Francisco Mine in Sonora, Mexico. 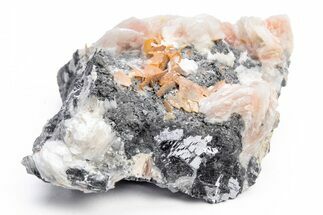 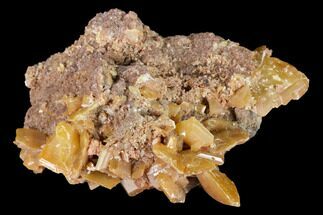 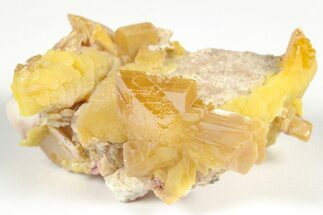 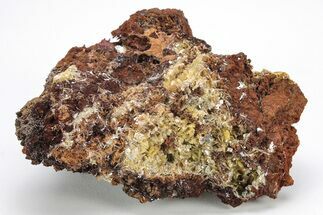 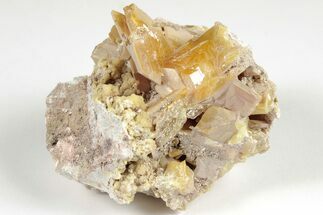 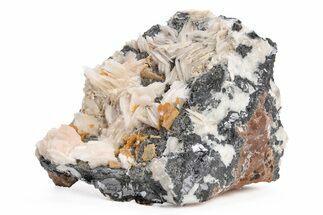 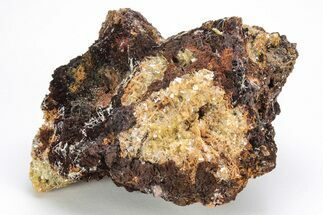 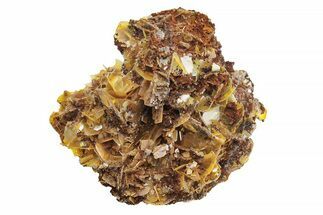 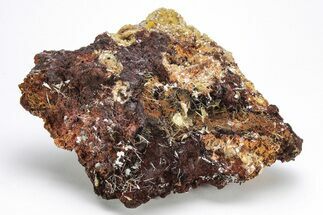