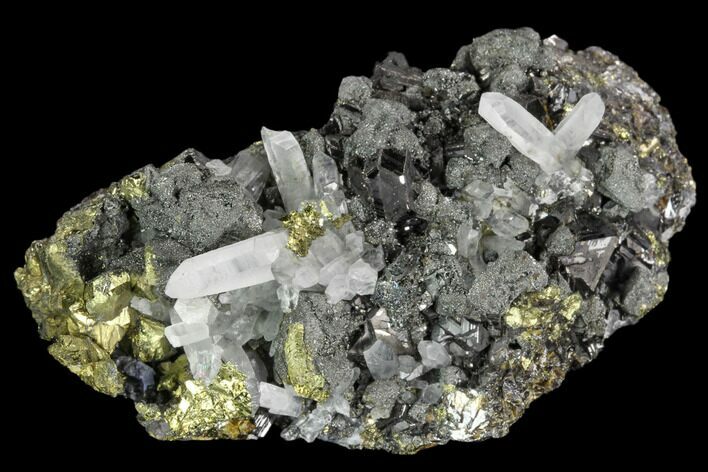 This beautiful specimen contains an association of chalcopyrite, sphalerite and quartz crystals. It comes from the Huanzala Mine in Peru and the entire piece measures 2.9" wide.

Chalcopyrite is a brass-yellow colored mineral which is one of the most important ores of copper. When weathered chalcopyrite loses it's metallic luster, turning a gray-green color. When acids are present the tarnish can develop a red to blue to purple iridescence.
View All Mineral Specimens
SOLD
DETAILS
SPECIES
Chalcopyrite, Sphalerite & Quartz
LOCATION
Huanzala Mine, Bolognesi, Peru
SIZE
2.9" wide
CATEGORY
Chalcopyrite
ITEM
#124425
SHIPPING
Shipping & Return Policy info.