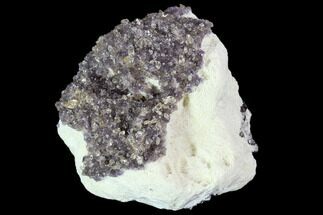 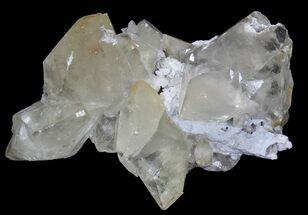 3.3" Cubic Fluorite Crystals with Barite and Sphalerite - Elmwood Mine 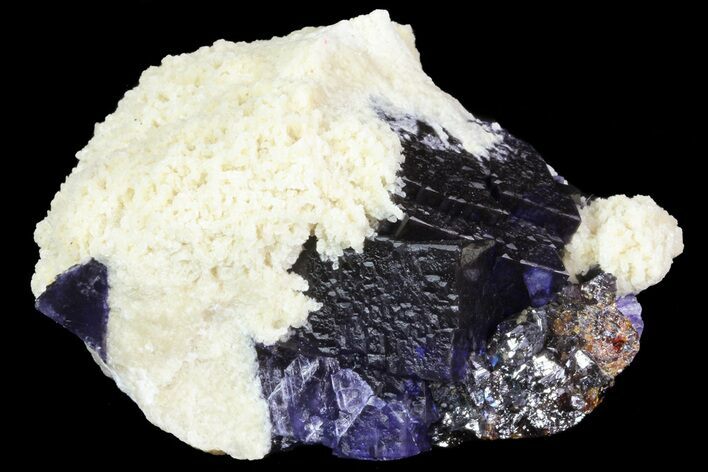 This is a beautiful specimen of cubic fluorite crystals that are partially covered in an aggregation of white barite crystals. The fluorite is deep purple and sits on a small bed of sphalerite crystals. Comes with an acrylic display stand. 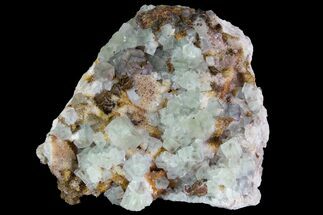 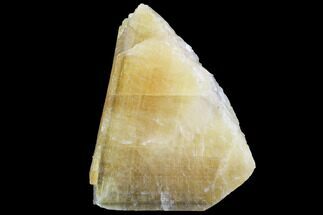 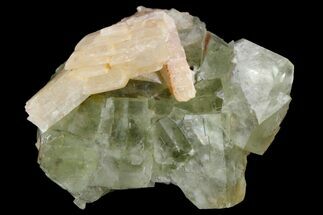 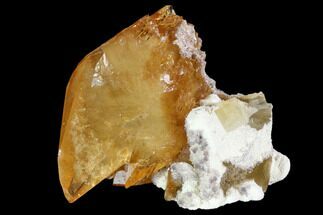 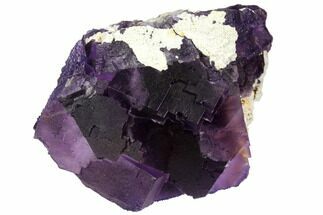