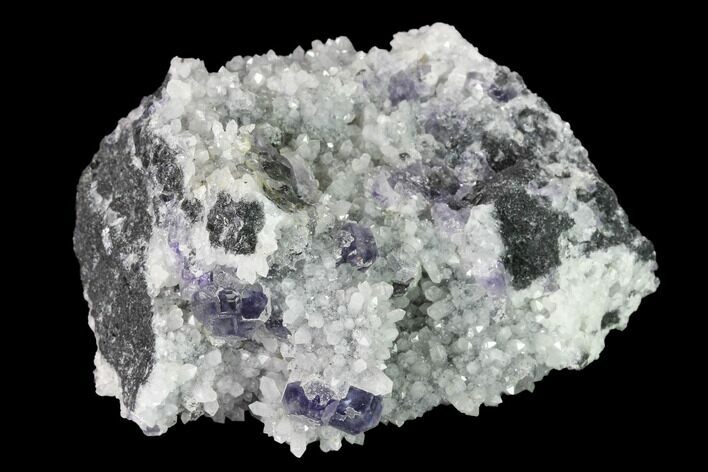 This specimen contains cuboctahedral fluorite crystals that formed in association with quartz crystals. Some of the fluorite crystals are encrusted in a thin layer of druzy quartz. It was collected from the Yongchun Mine in Fujian, China. 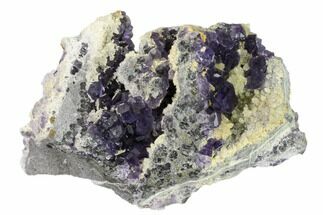 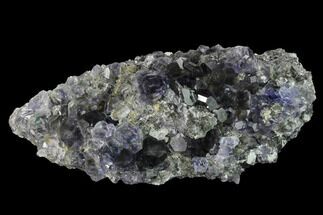 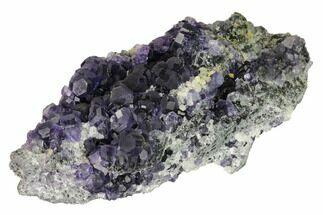