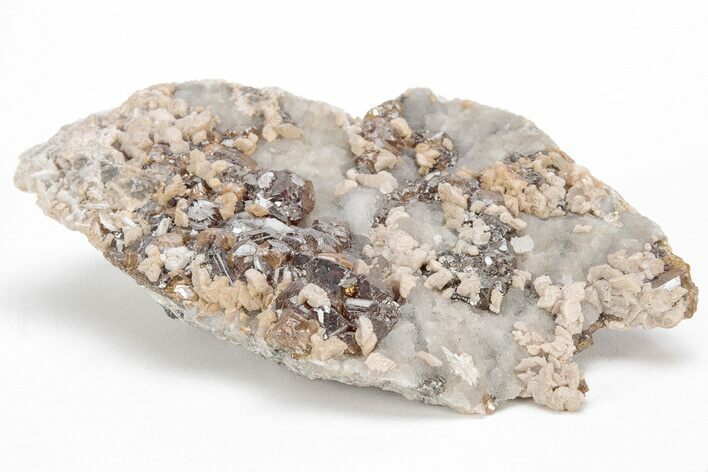 This is a lustrous cluster of translucent, yellow-orange sphalerite crystals from Peru. The sphalerite formed in association with calcite, over a chalcedony encrusted matrix. The entire specimen measures 3.6" wide and comes with an acrylic display stand. 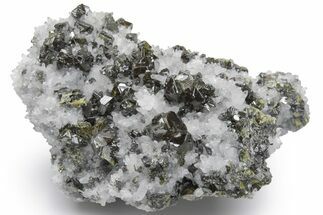