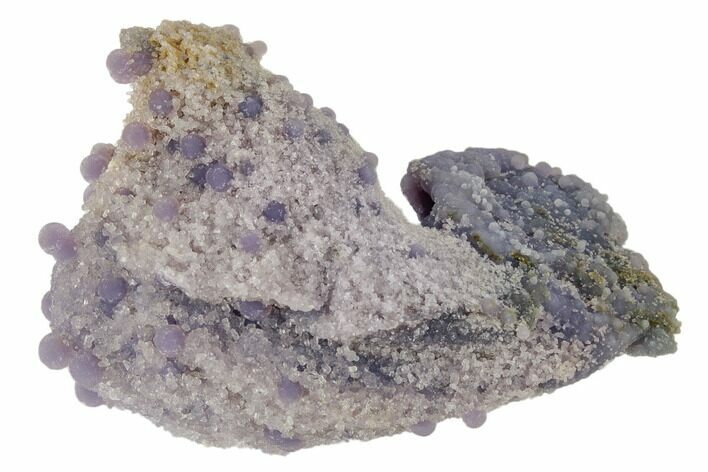 This is a beautiful, sparkly purple grape agate specimen from Sulawesi, Indonesia. It shows sparkly crystals and a well-defined botryoidal structure from which the name comes. Small, twinned botryoidal quartz crystals can be found peppered across the grape agate spheres, with an appearance similar to that of double-terminated quartz. These botryoidal crystals are likely formations of the quartz that didn't accumulate to the point of complete spherical growth.

Grape agate is the name given to a purple, botryoidal form of Chalcedony found in the Batu Manakarra mining district on the Sulawesi Island of Indonesia. It forms in clusters that often resemble bunches of small grapes, and colors can range from pale to deep purple to green. Some specimens can be quite sparkly due to minute quartz crystal growing on the spheres. Grape Agate is a relatively new material on the market, first being exported from Indonesia around 2015.
View All Mineral Specimens
Agate, Chalcedony & Jasper, What’s the Difference?
FOR SALE
$39
DETAILS
SPECIES
Quartz var. Chalcedony
LOCATION
Batu Manakarra Mining District, Sulawesi, Indonesia
SIZE
3" wide
CATEGORY
Grape Agate
ITEM
#182535
SHIPPING
Shipping & Return Policy info. 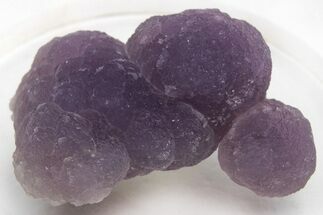 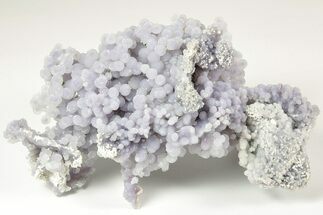 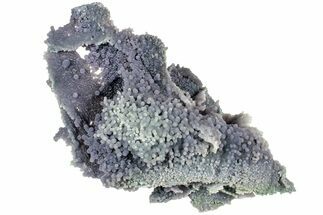 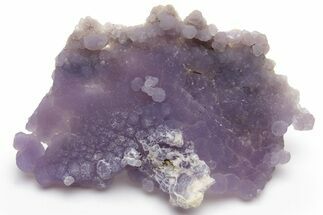 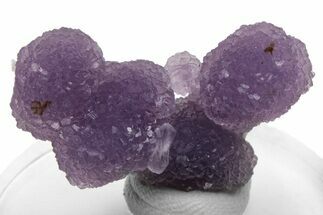 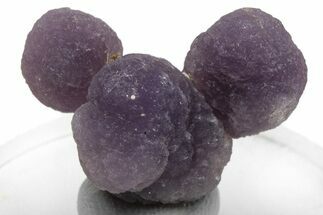 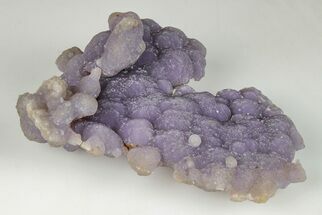 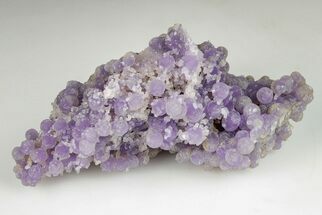