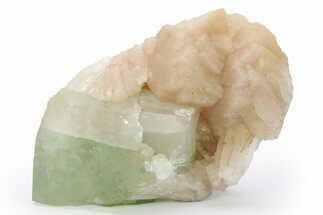 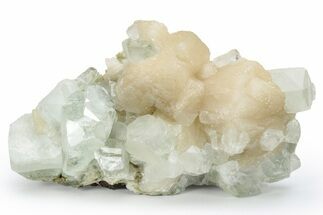 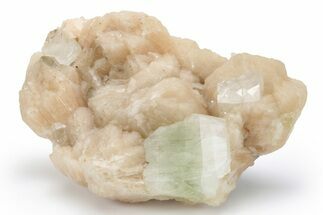 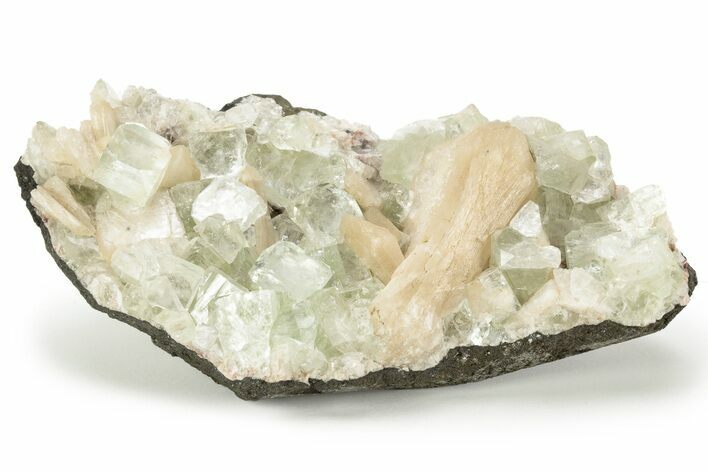 This beautiful specimen features colorless to green, zoned apophyllite crystals that formed in association with stilbite crystals with peach coloration. This mineral association was collected from Maharashtra, India.

Stilbite is probably the most common zeolite found in these deposits. Crystals often form flowery, bowtie or hourglass shaped structures and come in a variety of colors. Some of the most beautiful colorations are the pink or peach tints. Apophyllite while not a zeolite itself is almost always found associated with zeolites in the same pockets. It has two crystal habits, a rectangular prism capped by a steep four sided pyramid or a pseudo-cubic structure. While not a well known mineral to the general public it is popular among mineral collectors due to it's pastel colors and beautiful crystal formations.
View All Mineral Specimens
SOLD
DETAILS
SPECIES
Apophyllite, Calcite & Stilbite
LOCATION
Pune District, Pune Division, Maharashtra, India
SIZE
5.5 x 3.1"
CATEGORY
Apophyllite
ITEM
#220501
SHIPPING
Shipping & Return Policy info. 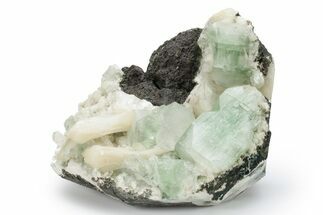 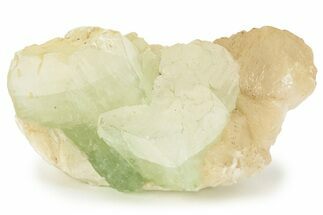 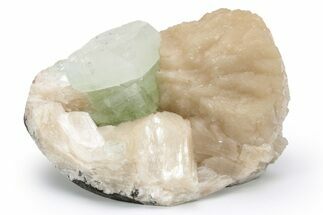 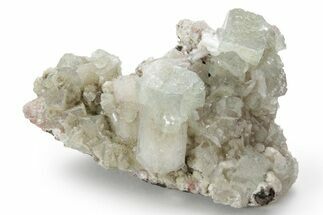 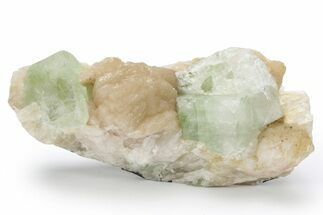 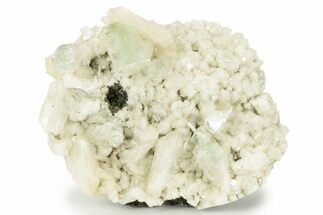 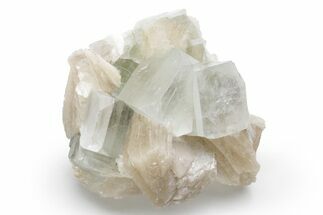