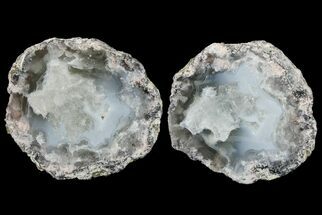 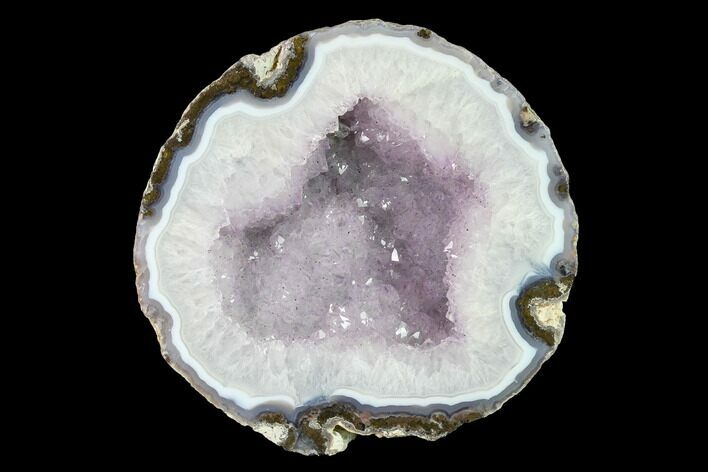 This is a beautiful "coconut geode" half from Chihuahua, Mexico. It's lined with sparkling amethyst crystals that formed from gorgeous banded blue agate. Calcite crystals can be found near one edge of the geode. Comes with an acrylic display stand. 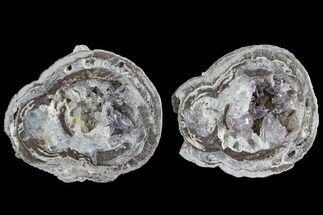 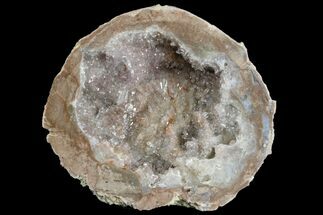