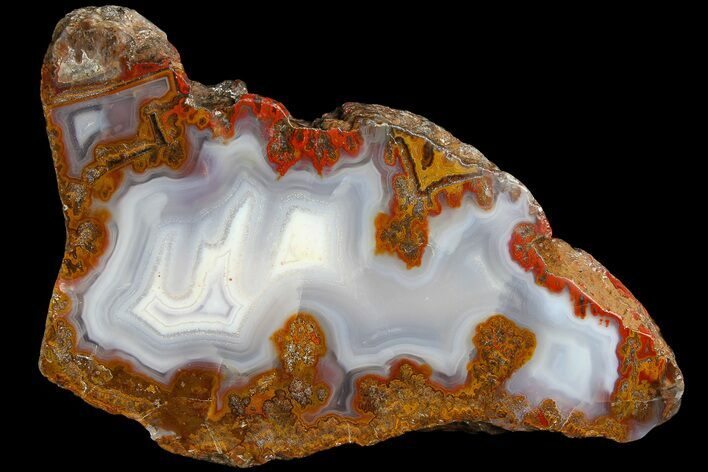 This is a gorgeous polished agate slab that was collected from the Khenifra Province of Morocco. It features yellow-orange, stalactite and plume-like formations that are encapsulated in yellow, red and white agate. Along one edge of the polished face, a strange right angle can be seen preserved within the agate. This structure is only found in geodes and agate nodules within a small area of the Moroccan Atlas Mountains. These cubic structures have been described as pseudomorphosis, meaning there was a change in substance without changing the structure, also known as a pseudomorph. However, this description is debated since fluorite, pyrite and halite are the only potential crystals that could form cubes of this size (and larger in some specimens), which is unlikely considering these crystals are formed in different geological contexts. It's suggested that moss filaments which follow a planar trend that form right angles, could be responsible for these structures. Haloquadratum walsbyi, a square-cell forming archaea, is a potential candidate for the cubic shapes in these Moroccan agates.

Both sides of this specimen have ben cut flat and polished to a glossy finish. Comes with an acrylic display stand. 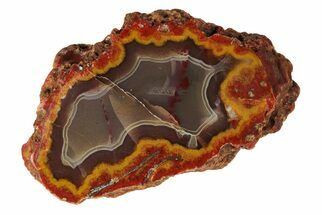 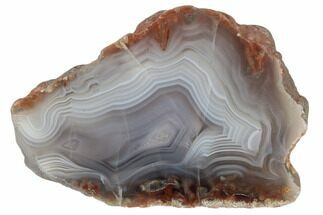 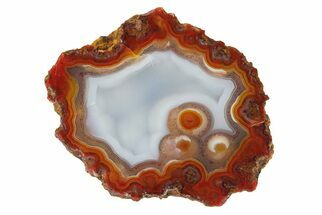