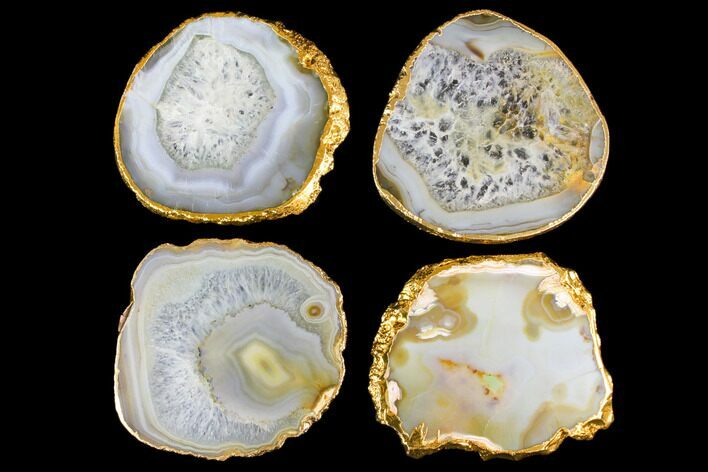 This is a four, cut & polished, Brazilian agate coasters. They are hand made out of natural material so they vary slightly in size, shape and appearance. They edges have been gold electroplated.

You will receive the four coasters pictured.