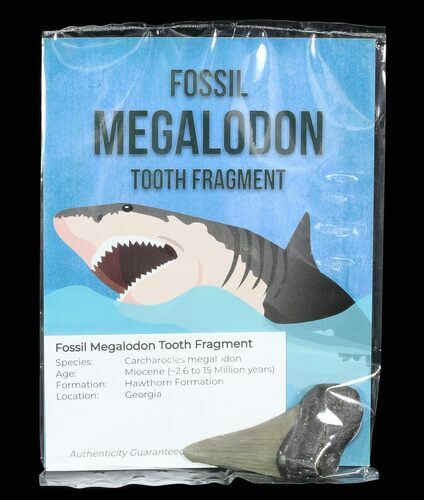 Now you can own a real fossil of the most fearsome predator to ever inhabit Earth's oceans, the gigantic Megalodon Shark. The authentic partial fossil tooth was collected from the Hawthorn Formation in the SE United States (The Carolinas or Georgia) and is between 2.6 and 15 million years old. For every whole tooth that is found, many partial teeth and fragments will be collected.

The photos of representative of the fossil tooth you will receive and the packaging that it comes in. The fragments included typically represent 1/3 to 1/2 of a full tooth and average about 3" in length. A tooth of this size would have come from a prehistoric, mega-shark in the 25-30 foot range. Each fossil Megalodon tooth fragment comes nicely packaged along with an information card and authenticity guarantee. 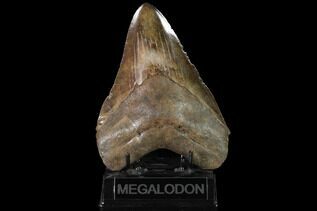 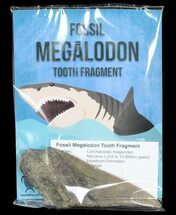 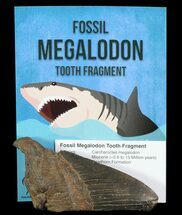 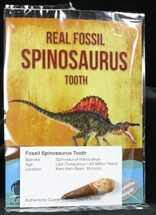 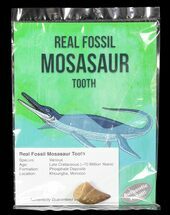 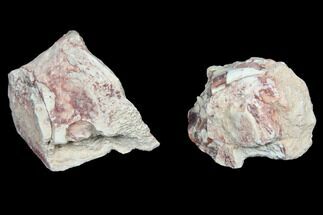 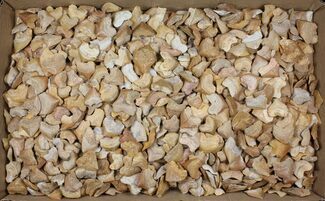