Crinoids, sometimes commonly referred to as sea lilies are animals not plants. They are echinoderms related to starfish, sea urchins and brittle stars. Crinoids are marine filter feeders that have a collection of branching arms on top of a stem. While most spend their lives fixed to the bottom but some are free swimming or capable of crawling. With skeletons made of calcium carbonate they make great, detailed fossils.
Crawfordsville (18)
754 Items ($3 to $8,000) 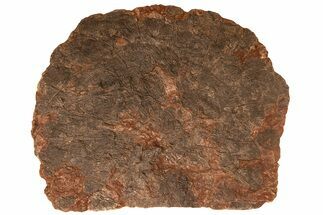 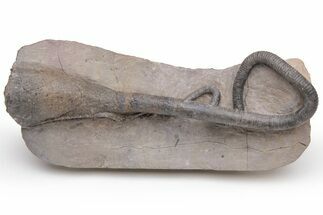 What Is A Crinoid?

Crinoids are echinoderms of the class Crinoidea. Often called Sea Lilies for there flower like appearance they are in fact, animals. Their anatomy consists of a stem and calyx. The calyx is a cup like structure that contains the internal organs. Branching arms called brachials extend from the calyx to filter food from the water column. Most live fixed to the bottom but a number of species are able to crawl or swim. There are 800 genera of crinoids containing 6000 species.

When Did Crinoids Evolve?

The earliest true crinoids appear in the lower Ordovician, about 488 million years ago. They survived the Silurian and Permian Extinction events. Their peak diversity occurred between these two events during the Mississippian, 359-330 million years ago.

When Did Crinoids Die Out?

Crinoids narrowly survived the Permian Extinction and they have never reached the levels of diversity they experienced during the Mississippian but crinoids still inhabit the world oceans today. There are about 600 species living today, most in shallow water but about 80 live in deep water below the reach of sunlight.

Crinoids look like flowers growing on the seafloor. Despite the appearance, they are not plants, but animals. Their bodies consist of a holdfast, a stem, calyx (body) and brachials. The holdfast hold the organism in place on the ocean floor, the stem is a stack of calcium carbonate rings on top of each other, the calyx holds the organs of the animal and looks a bit like a cup. Extending out of the calyx, the bracials are arms covered with fibers called pinnules that filter food from the water. Like most echinoderms, their bodies are arranged in a pentameral pattern.

Fossil crinoids are rarely found in their entirety. Most often the calyx and the stem are all that is preserved. Usually it is the calyx, with bare brachials, or just the calyx itself. The pinnules on the brachial are so small and fine that they generally do not survive fossilization. Because the stem is made up of a stack of rings, it tends to fall apart after the organism dies. If they are preserved in the fine limestone like that of the central United States, very detailed preservation occurs.

Were Crinoids Able To Move?

Most Crinoids do not move. They are anchored to a rock, or other part of the ocean bottom. There are a few species capable of moving from place to place. These do so by crawling across the seafloor or by swimming. Unlike the kind that are anchored to the bottom, the crawling and swimming type do not have the holdfast to anchor themselves to the bottom. Swimming species often don’t have the stem or the holdfast. Both the swimming and crawling species move by waving their brachials (arms).

Where Are Crinoid Fossils Found?

Crinoid fossils can be found in rocks around the world aged from Ordovician to present though they are most prevalent in Mississippian aged rocks. Some of the best crinoid fossils in the world come from the Midwestern United States. The most famous crinoid fossil localities due to both abundance and incredible preservation is Crawfordsville, Indiana.