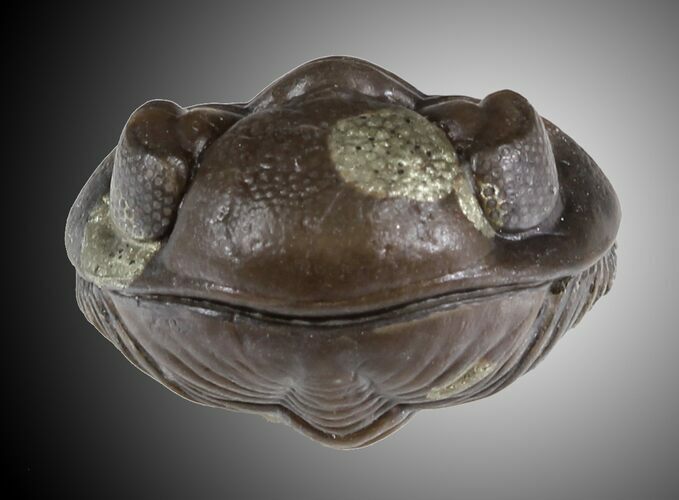 This is a beautiful, dark, chocolate brown colored, enrolled Eldredgeops milleri trilobite from the Silica Formation of Ohio. Silica Formation trilobites are some of the most highly sought and collectable trilobites from the United States. Not least because all of the quarries they used to come from have been off limits to collectors for years. You don't see that many good ones on the market anymore.

This one has several areas of pyrite replacement. It's 0.86" wide which would be about 1.3" long if outstretched and is perfectly enrolled in a defensive posture. It has great eye facet preservation. 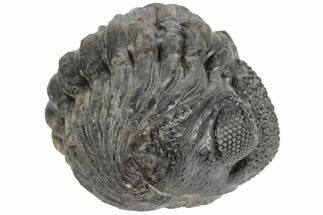 Perfectly Enrolled Drotops Trilobite - About 5" Around
$395 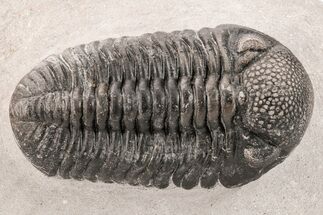 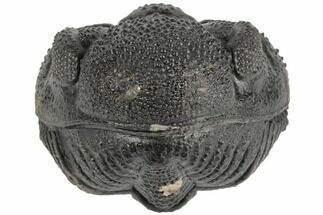