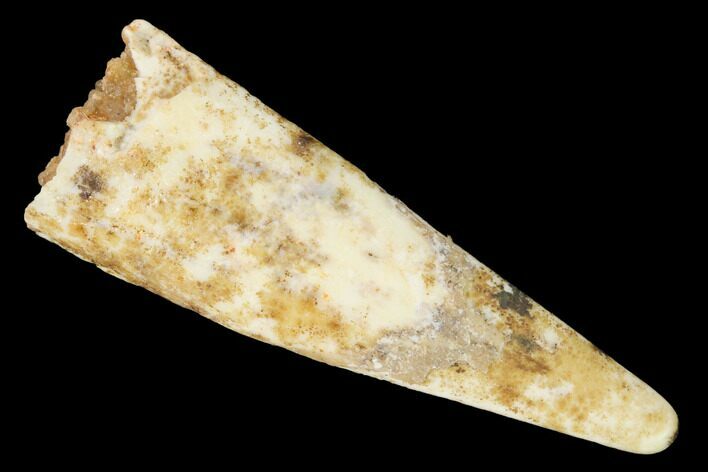 This is a 1.04" long, fossil Pterosaur (Siroccopteryx) tooth from the Kem Kem Basin, Taouz, Morocco. Comes with an acrylic display case.

All of the enamel has been worn from the tooth, hence the bargain price.