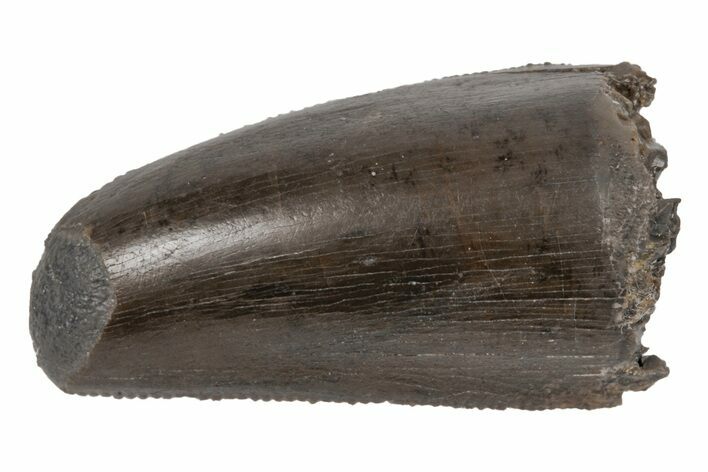 This is a nice, serrated, 1.1" long Allosaurus tooth collected from our partner's private quarry East of Dinosaur, Colorado. It has excellent enamel and serrations preservation, and has been completely removed from the rock it was found in. The tip of this tooth is feeding worn. 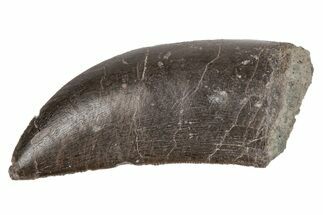 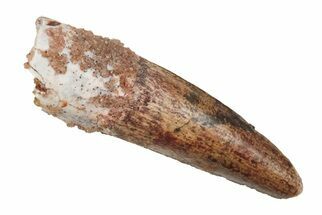 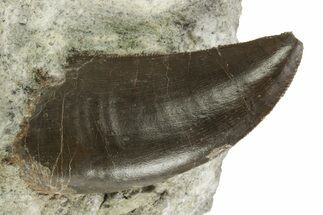 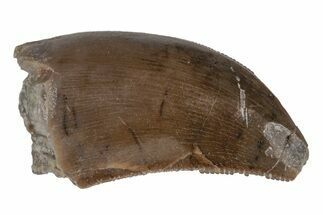 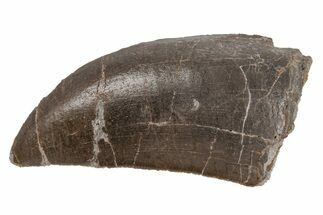