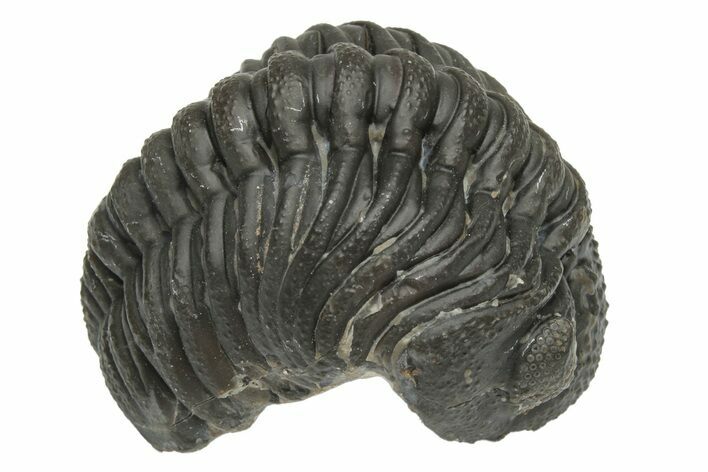 This is a curled, 1.15" wide Morocops (formerly Barrandeops) trilobite from Issoumour, Morocco. The left eye has some restoration done to it. The hypostome (mouthplate) is exposed on the underside of it's head.