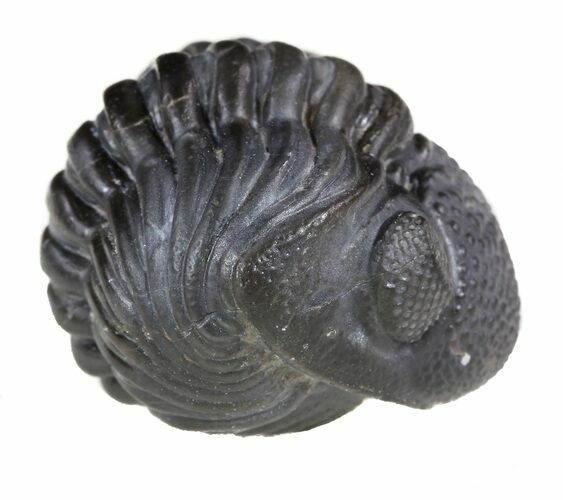 This is a Pedinopariops (Phacops) trilobite enrolled into a defensive position. It has been cleaned with air abrasives and is completely free of the surrounding matrix. Good preservation on this example which is nicely prepared with clear eye facets.