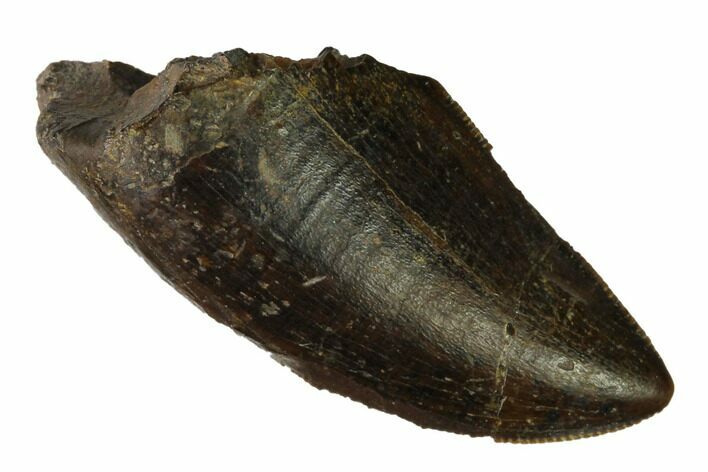 This is a 1.2" long, serrated Tyrannosaur tooth collected this summer from the Two Medicine Formation of Montana. There is a repaired crack near the tip of this tooth that required some minor gap fill restoration. Both the anterior and posterior edges have some gap fill restoration.