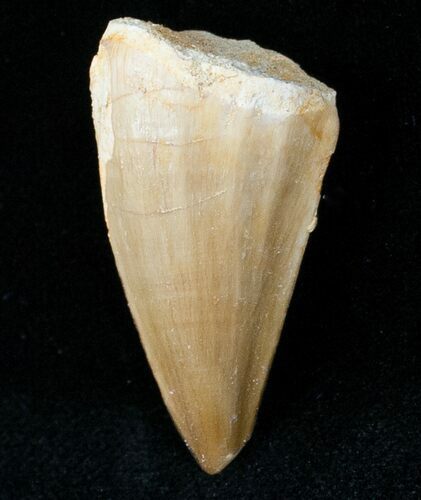 Here's a beautifully preserved and quite large tooth of one of the most fearsome predators to ever roam earth's oceans, the Mosasaurus. This is a large tooth has been completely removed from the rock. These teeth are found in the Oulad Abdoun Basin of Morocco during phosphate mining operations and are Upper Cretaceous in age. There are several types of Mosasaurs preserved in the formation and this one is from Mosasaurus beaugei. 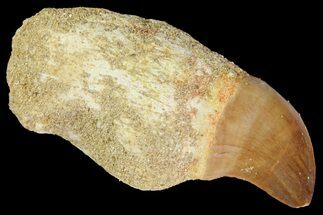 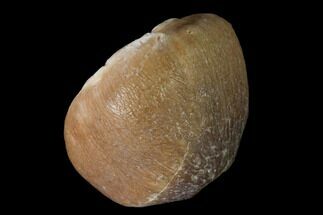