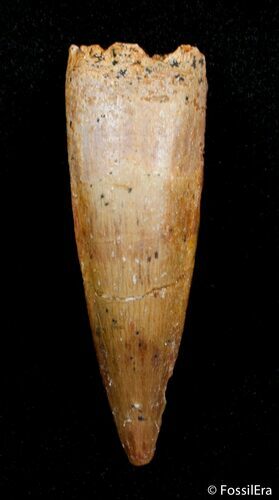 This is a very well preserved tooth from the largest meat-eating dinosaur to walk the planet, Spinosaurus. Given its size it almost certainly came from a juvenile of the species. The enamel preservation is exceptional. It has a single repaired crack through the center of the tooth but no restoration.