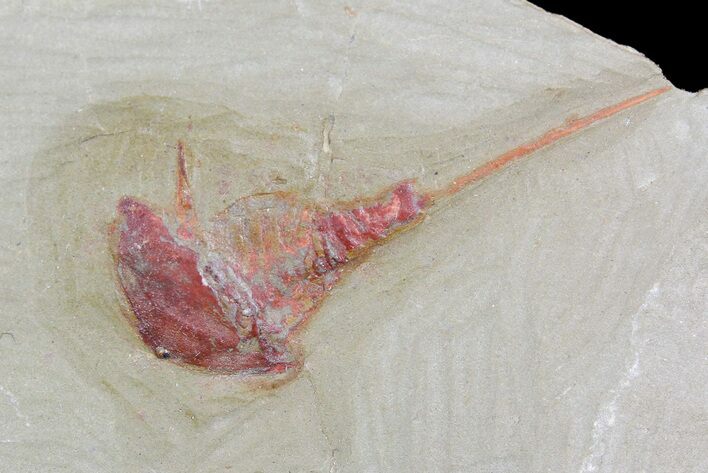 This is a fine specimen of a Lower Ordovician arthropod which would be a member of order Xiphosurida. Xiphosurida is believed to be a very ancient ancestor or at least closely related to the modern day horseshoe crab. This specimen is 1.35" long including the telson (tail spine) and has a beautiful orange/red coloration due to the oxidation of iron pyrite. It comes from the Upper Fezouata Formation near Zagora, Morocco.