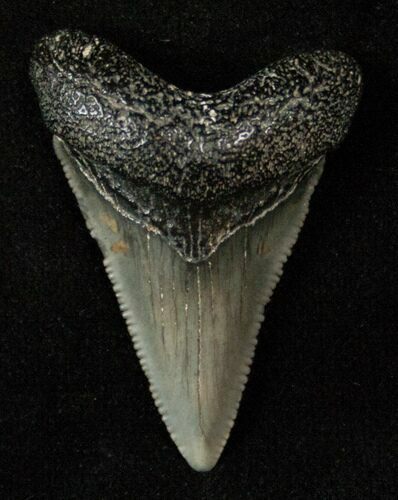 This is a serrated 1.39" long, juvenile Megalodon tooth collected from the coast of South Carolina. It would be Miocene in age and eroded out of the Hawthorn Formation.

This is actually one of the smallest meg teeth I've seen out of thousands of them, so it obviously came from a baby. It's tiny, but it's a beauty.