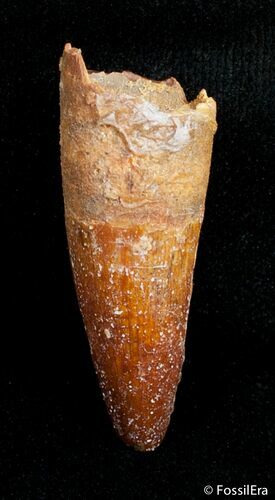 This is a beautiful Spinosaurus tooth with very nice orangish-brown enamel. It's only 1.4 inches long so probably came from a juvenile of the species, but the preservation is awesome. There is no repair or restoration on the tooth.