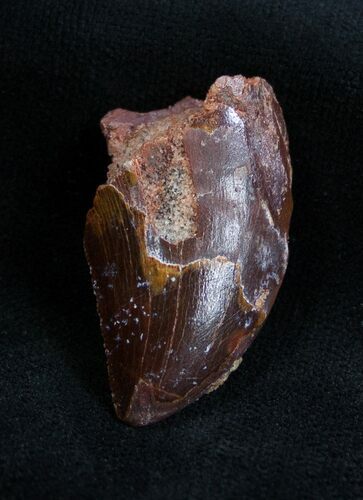 This is a tooth from one of the largest meat-eating dinosaurs to roam our planet Carcharodontosaurus. It likely would have come from a juvenile of the species as it's only 1 1/2 inches in length. It has nice dark enamel preservation and some good serrations.